The AT&T Performing Arts Center announced today that  tickets for AMERICA 50th Anniversary Tour 2020 will go on sale Friday, March 6 at 10 a.m.  The year 2020 marks the 50th Anniversary of perennial classic-rock favorite, AMERICA. Touring the world and thrilling audiences with their timeless sound, AMERICA will perform for one night only at 8 p.m. Saturday, September 19, 2020 at Strauss Square in the downtown Dallas Arts District. END_OF_DOCUMENT_TOKEN_TO_BE_REPLACED

Long before she was Carole King, chart-topping music legend, she was Carol Klein, Brooklyn girl with passion and chutzpah. She fought her way into the record business as a teenager and, by the time she reached her twenties, had the husband of her dreams and a flourishing career writing hits for the biggest acts in rock ‘n’ roll.  But it wasn’t until her personal life began to crack that she finally managed to find her true voice. END_OF_DOCUMENT_TOKEN_TO_BE_REPLACED 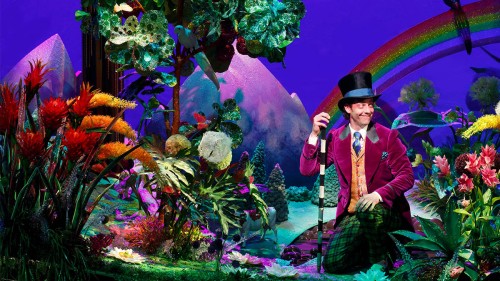 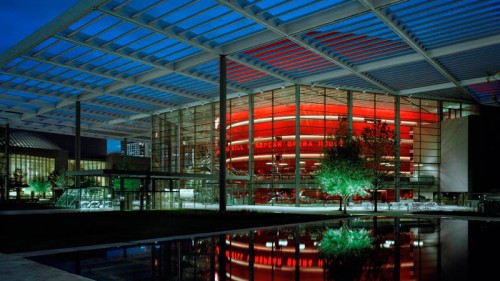 AT&T Performing Arts Center announced today that single tickets for A CHRISTMAS STORY, THE MUSICAL; CHICAGO; A BRONX TALE and FALSETTOS will go on sale Friday, September 7 at 10am.

Tagged as A Bronx Tale, A Christmas Story The Musicl, AT&T Performing Arts Center, Broadway Series, Chicago, Dallas, Falsettos, What to do in Dallas, Where to Find Tickets

The nonprofit AT&T Performing Arts Center announced today that tickets for Chris Botti will go on sale Friday, August 24 at 10 a.m. Chris Botti, American trumpeter, composer and Grammy-winner for Best Pop Instrumental Album, will perform for one night only at 8 p.m. Saturday, November 17, 2018 at the Winspear Opera House in the downtown Dallas Arts District.

Performing worldwide and selling more than four million albums, Chris Botti has found a form of creative expression that begins in jazz and expands beyond the limits of any single genre. END_OF_DOCUMENT_TOKEN_TO_BE_REPLACED

The AT&T Performing Arts Center and Dallas Theater Center jointly announced today an unprecedented new collaboration to co-produce the Broadway musical HAIRSPRAY which will be the first title on the AT&T Performing Arts Center’s Broadway Series 2018/2019 season. The smash hit musical comedy HAIRSPRAY will play 12 performances July 7 through July 15, 2018 at the Winspear Opera House in the downtown Dallas Arts District.

HAIRSPRAY will be included in the six-show 2018/2019 Broadway Series package which will be announced on Sunday, March 11, 2018.   END_OF_DOCUMENT_TOKEN_TO_BE_REPLACED

I recall the first time  heard Tony Bennett perform in concert. I was still in high school and saw that he was appearing in Dallas at Flag Pole Hill near White Rock Lake in East Dallas with the Dallas Symphony. I had little or no knowledge of the iconic singer other than from his standard, I Left My Heart In San Francisco. What struck me that warm July 4th day was the man’s intensity and love for the Great American Songbook. Since that day I have seen Bennett no less than 25 times and look forward to his visits to our city.

Tony Bennett has an amazing background. In World War II he helped liberate prison camps. He had many close calls and actually engaged the forces in house-to-house and city-to-city clean up.  It was after the war that Pearl Bailey discovered Bennett and invited him to open for her. That first evening Bob Hope was in the audience and was so taken that he invited Bennett to go on the road with him. Bennett went on to becomes a crooner of pop tunes of the day, and his first big hit was Because of You recorded in 1950, and it reached number one on the charts where it remained for ten weeks selling millions of copies.    END_OF_DOCUMENT_TOKEN_TO_BE_REPLACED