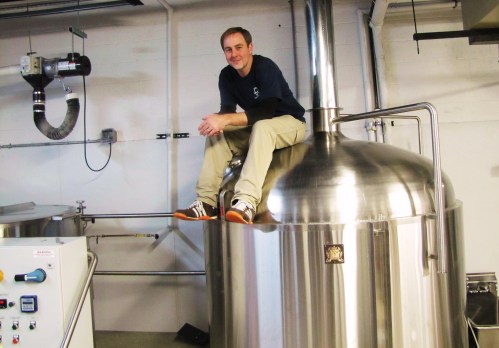 There will be yet another addition to the growing list of local breweries in the DFW area. Peticolas Brewing Company is officially off and running with their new facility tucked away in the Design District. The very first batch of beer is being brewed today and will be ready in two weeks. The beer will premiere at the Meddlesome Moth, so watch out for that announcement.

We spoke with owner Michael Peticolas on this auspicious occasion of his first batch and he explained a bit of the history of how yet another attorney went into the brew business. 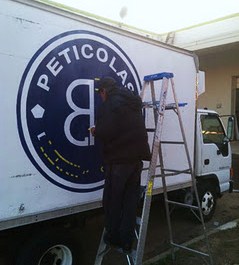 “Most people will make a business plan and send it out to investors selling off their company to strangers. This is a solely family owned and operated brewery. This is me, my wife, my 7-year old daughter and twin 4-year olds. We can brand this as we want to brand it, and just be what we want which is just a small family brewery,” said Peticolas.

Peticolas explained that he had been practicing law for the past twelve years and he saw a business plan for a brewery. He had already been home brewing. The Peticolas studies the plan and decided they wanted to do their for themselves.

“It has been a long road to get where we are today. Initially you couldn’t even brew beer where we are standing. I had to change the law. I had them create a new sub-district within the Design District.”

In the 90’s Peticolas’ mother was home brewing beer in El Paso which is the genesis for his love of beer.

Today Peticolas is making his first batch which will be Imperial Red Ale and a Scottish Ale which he will call the Great Scott. Once it warms up again he will; do a cross of a golden ale called Golden Opportunity as well as an English pale ale called the Royal Scandal.

“I plan to do a couple of beers each quarter. If people tell me what types of beer they want we will make it, otherwise I will just be making beers I really like. I will have a lot of room to make with the trends.”