A notoriously anti-biking metroplex, the current City of Dallas Bike Plan has been completely stalled as a result of the lack of the estimated 16 million dollars it will take to re-strip 840 lane miles for bikes. So instead of relying on City Hall to begin implementing much needed bike infrastructure changes the biking community is resting its power on grass-roots level action. This weekend Dallas has three amazing biking events going on all of which are based within the city with the hopes of raising bike awareness, community, and funding.

The Deep Ellum Co-op Fundraiser Ride
The newly formed Deep Ellum Bike Co-op run in part by the owners of Switching Gears Cyclery is having a bike ride fundraiser party to help build up the Deep Ellum Bike Co-op and hopes to raise the $1600 needed to build six stands with tools for it’s FREE facility where members may work on their bikes anytime Tues-Fri from 11-8pm and Sat/Sun 11am-5pm.The theme of the ride is “One Eyed One Eared Flying Purple People Eater” and attendees are encouraged to come dressed in purple and decorate their bikes. There will be a leisure cruise before headed to Expo Park for drinks, bikes, bbq by “Over the Fence BBQ” and music by the group “We Are the Future”.

Suggested donation to attend is $10 per person. The Co-op will focus mostly on sharing knowledge, tools, and the love of cycles. They will be hosting maintenance and rider safety classes. They meet every Sunday from 2-5pm starting in March. 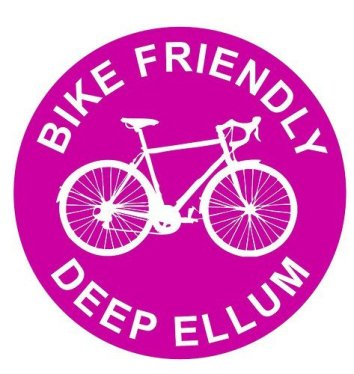 The ride begins at Murray Street Coffee shop at 9am and continues to the Deep Ellum Lofts Spring Cleaning Sale, will meet up and be photographed at two the Cycle Census photograph stations, stop at the Farmer’s Market, join into the Deep Ellum Co-op Fundraising Ride and end at the Deep Ellum Art Walk. This is an all day event and detailed ride information with locations, times, and links are all available on the event page.

All photographed participants will become eligible to become the 2012 Face of Biking in Dallas. The top 30 contestants will be invited to the main event next week benefiting the charity organization Pedal Power (a group that provides bikes to those in need) and will showcase fancy bikes, runway fashion, drinks by Railean Distillery and The Deep Ellum Brewery Company. All the Cycle Census photos will be on display and the finalist will receive prizes from Linus, Richardson Bike Mart, Transit Bikes, and the Oak Cliff Bike Company.