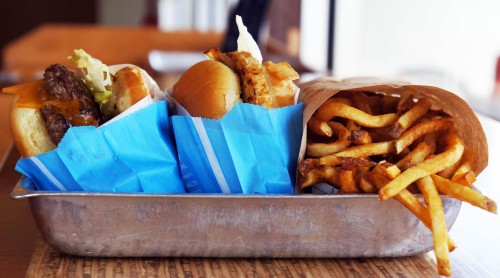 Elevation Burger opened quietly in January of 2012 and is part of a chain of restaurants that started in Virginia by a man who wanted a burger similar to what he had while living in California. This meant organic, grass-fed and free range. Cow is just tastier when they are allowed to run around munching grass free of hormones and all the nasties that are so prevalent in our food today.

Elevation Burger dots the East Coast but moved into Austin in 2009. There are plans for two more Dallas locations that will be coming soon, but until then you can get a healthier burger option at the Hillcrest location.

We found the burger to be juicy and lush. The bun is firm and holds up well, but still tastes light and fluffy as a bun should.  The cheddar cheese option is tangy and stands out much more than the American slice that plagues burgers everywhere.

You won’t find bacon as an option which is a bit disappointing but after tasting this grass-fed burger you will forget that quickly after your first bite of this meaty sandwich. 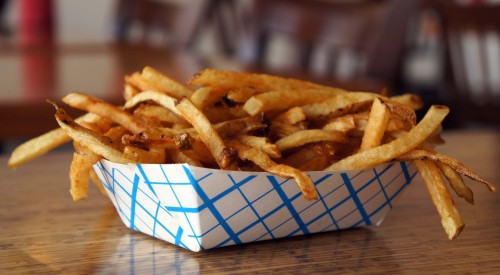 For our vegan and vegetarian friends, Elevation makes a fantastic veggie burger. Have a great lunch.

One response to “Elevation Burger Is A Healthier Burger Option”