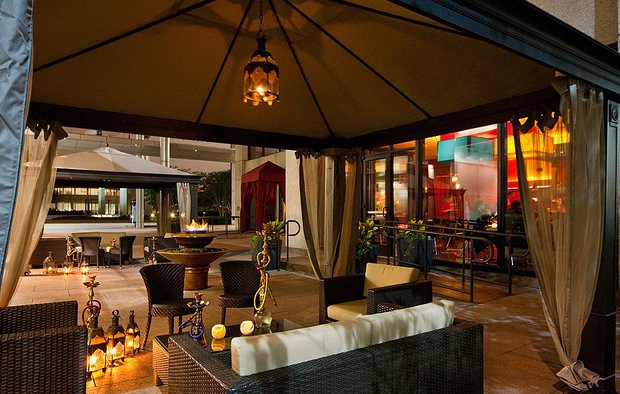 Sadly, Samar by Stephan Pyles will close in a couple of weeks for three months of scheduled renovations to the office building that it occupies. Not only will this mean that we don’t get the regular menu, it will also mean that they won’t get a chance to reprise hits from their one night Summer Chaat Festival last night (where I was an invited guest). Chaat is Indian street food and examples are rare here, being confined mainly to the small cadre of authentic Indian restaurants dotted around Irving and Plano.

Stephan Pyles has taken the concept and rinsed out the dust and the queues and the insects and the standing in line, replacing them with a thoroughly leisurely experience that precisely renders exemples of some of the canonical flavor components of Indian cooking, mixed in with some enhancing western influence. For example, Vegetable Biryani is cauliflower, summer squash, green beans and cumin rice. But what a way to render cauliflower, as a light sauce blanc over the shades of rice and vegetables that also provides the dish a base band flavor profile that is both sweet and earthy. If I have to start a list of ‘best dishes’ for the year, this one makes it. If Samar wasn’t going into hiatus mode, this would just as surely be added to the regular menu by public demand as were dishes in past Summer Chaat Festivals. 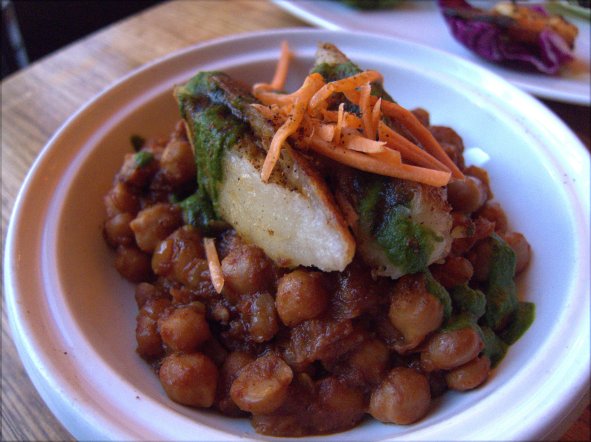 The Chole Chaat (fingerling potatoes with chickpea masala, tomatoes and cilantro) is a hybrid Indian classic (chickpeas, masala) with a touch of New World starch on top: a mealy fingerling potato that creates sweetness and an endearing combination of crunchy and slippery textures in the mouth.

The pictures tell more of the story (and this is very photogenic food) but I must mention our opening plate, Chutney Puri. It was described on the menu as “crispy shells with garbanzo, mung sprouts, mango chutney” (from the part of the menu that bans conjunctions like ‘and’). This combination was cleverly light, with puffed shells that resembled Rice Crispies in size and texture. However, pomegranate seeds added a fruity sharpness and diced onion a root vegetable aspect that enlivened the palate for the dishes ahead. It was also served with a laudable opening wine, 2011 Oro de Castillo, Verdejo from the Rueda region of Spain, just north west of Madrid. If you want a less well known substitute for Sauvignon Blanc, check out the Verdejo grape for crispness, citrus flavors and the right price point. 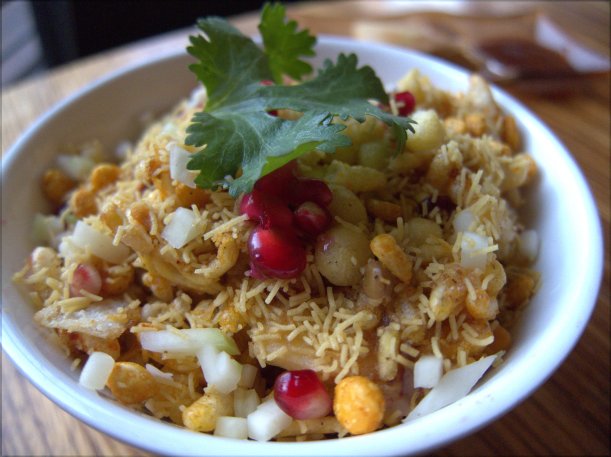 Chutney Puri. It was described on the menu as ‘crispy shells with garbanzo, mung sprouts, mango chutney’

Right now, check out the other chaat dishes in the gallery below. This fall, return to Samar and demand the vegetable biryani! 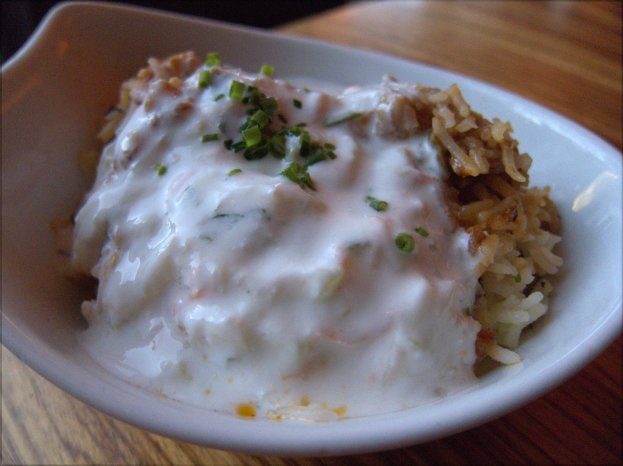 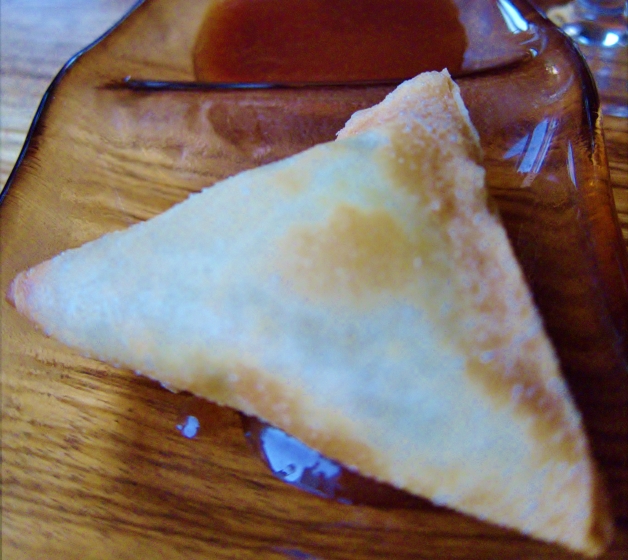 Light fading here, overwhelming my steam-powered camera. However, this is a Kebob Plate. Clockwise from top. Chicken, Sea Bass, Shrimp, Lamb. The lamb patty was processed as fine as foie gras, making it intense and succulent 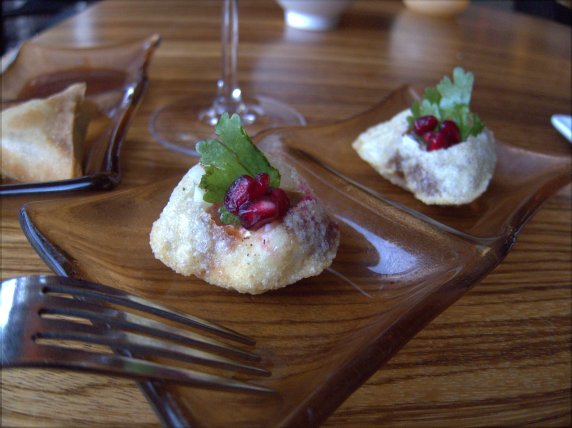 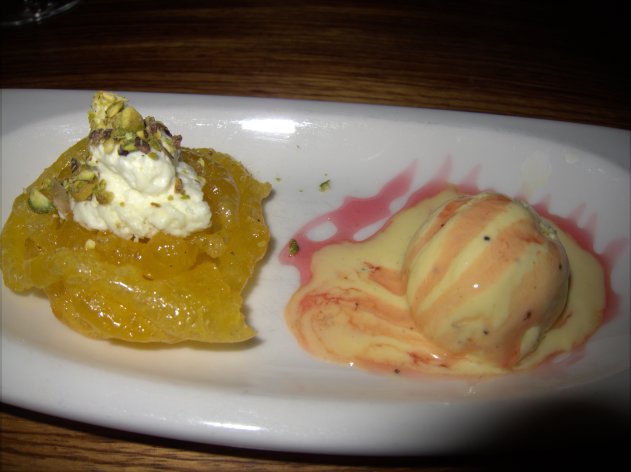