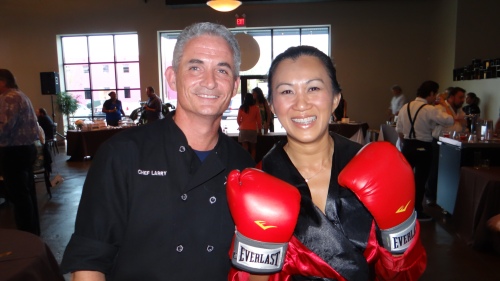 Last night set up the final battle in the ongoing Trinity Groves Fork Fight. The 10-week throw down that has happily introduced Dallas to the talented line up in a handful of restaurants that will open gave diners a glimpse at the cuisine that will be offered in what could be considered the most inventive sneak peek ever. Kitchen LTO, the pop-up restaurant that changes chefs and concepts every four months will be the first to open, September 9, 2013. 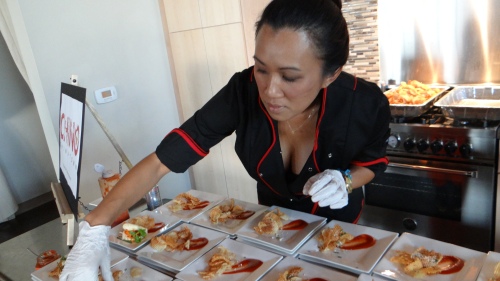 Last night Trinity Groves restaurants Amberjax and Chino Chinatown entertained an overwhelming crowd of 300 guests to eight courses served four at a time by the two remaining Fork Fighters. In the end Chino won the ultimate prize and moves forward to take on uber-chef Sharon Van Meter.  Tickets are already sold out for next week, and we have a preview copy of the menu that Van Meter will serve. No word yet on Chino’s menu, but we are sure it will be innovative and fun as it has been through out the multi-tiered battle. 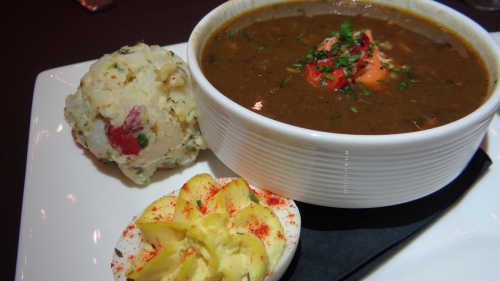 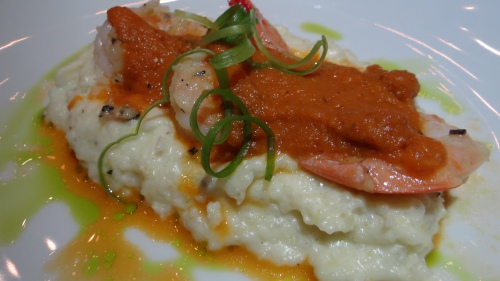 The fight last night was extremely close with less than 25 votes from the satiated crowd between the two restaurants. Amberjax threw down some pretty fantastic dishes including their appetizer-sized lobster rolls made with freshly grilled bread baked across the street at Hofmann Hots. The seafood shop and restaurant also made a super delicious shrimp and lobster gumbo which could very well have won the battle on its own. The roux was a chocolaty dark labor intensive bowl of love. They also served up a smoky plate of shrimp and grits that had the tables all abuzz.

Chino blasted out a banana leaf braised pork shoulder steam bun served up with a smear of Chino’s very own version of sriracha called Fresno Number 3 Ketchup. This was followed up with grilled romaine topped with Thai papaya and mango slaw and sticky chicken croutons. But the winning dish of the night was no doubt beef; an ancho dusted grilled steak with roasted Brussels sprouts and a Hatch chile ponzu. drizzle. Not to mention a unique chocolate and cinnamon panna cotta. The panna cotta was adorned with pop rocks and a spicy Thai basil powder showing the kitchen’s talent to its full potential. 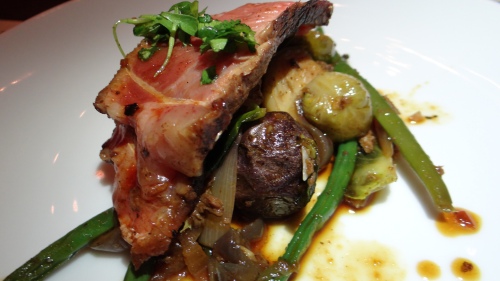 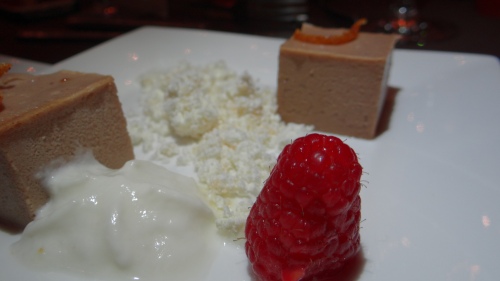 For the fortunate few attending next week’s final fight you have much to look forward to. We will be sure to share the evidence. For now we are certainly looking forward to the restaurants that are very near to opening day.

As promised, we have the exclusive look at the Van Meter menu which is being fought under her Trinity Grove’s restaurant name, Beignet Bridge Club.

One response to “Fork Fight Continues With A Chino Win”