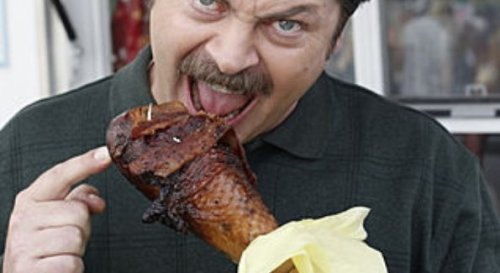 Meat Fight is upon us, and it would seem every decent barbecue  Generalísimo will be either working or judging the event. You know you didn’t get a ticket, we didn’t either. It is a fantastic event that started as a small backyard brouhaha to raise a few bucks for National MS Society by the Observer James Beard award winning writer and former Cheap Bastard, Alice Laussade. Last year the event came out of the closet and was opened to the public with rave reviews, including one from craveDFW.

My ticket last year fell onto my lap after a friend could not make the event. I was driving back into town from the Terlingua Chili Cookoff when the offer was made. I floored the gas pedal and made it back in time for the closing credits of the event but was still able to sample a few slices of brisket and a chunk of sausage made by Brian Luscher. I ate the flesh and it was good.

For those who were not fortunate enough to secure a ticket during the three minutes they were for sale, we have a few meat suggestions of our own. Laussade mentioned a few weeks back that if this event was as successful as she hopes (and it is already) that next year will be much larger and more inclusive.  Peruse our meat laden list below, and if you use any of the following ideas to pass the time your luckier friends are at Meat Fight, consider making a donation to the National MS Society. Karma will assist you next year.

Lockhart Smokehouse: These brilliant folks will be open all day Sunday to satisfy your bbq needs. Here you can sample all the brisket and ribs you care to eat. You want to get into the spirit of Meat Fight in  a bodacious way? Order pounds to go and eat them in your car at Four Corners Brewery where Meat Fight is being held this year. Meat has no limits.

First Chinese BBQ: Although it has BBQ in the name, you will not find the traditional smoked meats offered up at Meat Fight. But what you will find is delicious Chinese red roasted pork and crispy duck. Order plenty and fight with your friends to see who gets to eat the duck feet. Winner buys the beer. 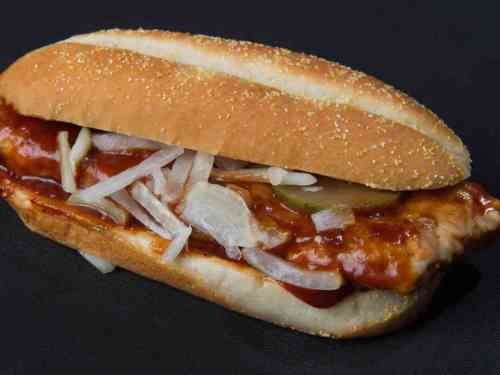 McRib: It is McRib season again and what better way to celebrate fighting meats than with a chunk of questionable pork pressed into the shape of a lunar footprint. Where no meat has gone before.

Nick and Sam’s Steakhouse:  Go for the 22 ounce prime aged Cowboy Cut, which is this insane slab of beef that has a dangling participle of bone not quite as long as its sillier cousin, the tomahawk, but equally as delicious. Best part of this meal is you will receive complimentary caviar service. Caviar is a meat, right?

Fogo de Chao: This place offers unlimited meats of all sorts. Eat to your hearts content and pay one low price of about $50.

DIY Meat Fight: Host a Meat Fight party in your home and charge guests a fiddy to dine on your meat. Donate the proceeds to National MS Society. Be sure to invite us.