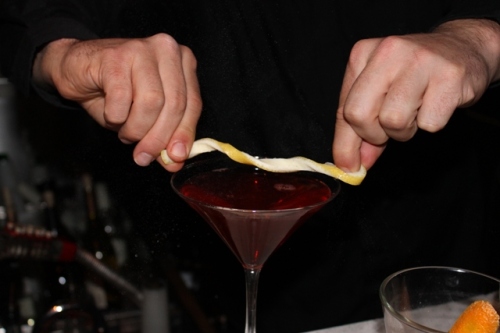 Media types headed to Abacus in droves on Tuesday night for a special preview of Eddie ‘Lucky’ Campbell’s new cocktail menu and chef de cuisine Daniel Burr’s new bar menu. We reported Kent Rathbun hiring Campbell to Abacus and expected the fedora-wearing one to have a big impact on the cocktail list. The old list is still on the web site (as of Wednesday night) and the differences make interesting reading. 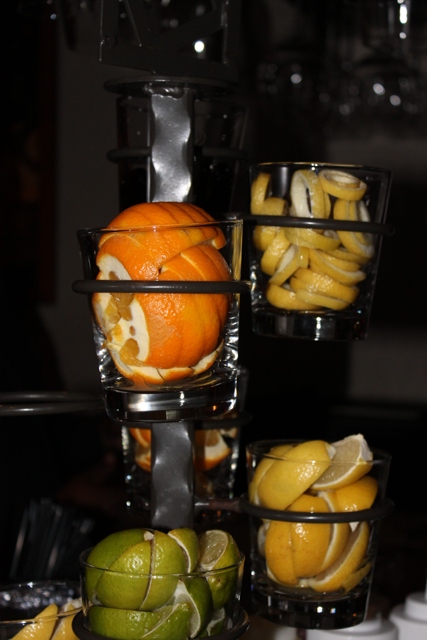 No mixes. Fresh garnishes are prepared each night

Eddie knew that I like the Old Fashioned and made me the new Abacus variant. He uses barrel-aged Maker’s Mark 46 for the whiskey. The barrel is on the bar, for effect, and the ice is a pool-ball sized sphere that wallows contemplatively in the glass.

We also tried the Yuzu Collins (Nue vodka, jasmine cordial, yuzu and bing cherry soda). A clandestine way of sneaking vodka into the bloodstream. Its soft, fruity, with telling effect.

Finally, I loved the classy Abacus ‘A’ stencilled on the surface of the Pisco Sour (on the ‘Classics’ list). This is a Peruvian interpretation of the drink whose provenance is just about the only thing that would send the good people of Chile and Peru to war with each other. 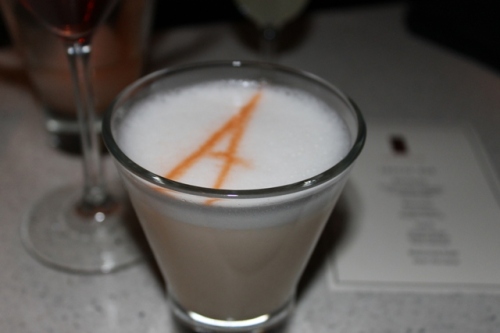 I didn’t do Daniel Burr’s new food offerings justice, but can report that the sushi is superb. Rathbun has been doing Asian food for over twenty years — I remember the Thai owners of The Melrose Hotel sending him, as their young executive chef, over to south east Asia for extended periods back in the 90s. He came back enthused about the new ingredients and techniques and has made them part of his cooking ever since. Sushi was something he prepared at President George Bush’s inauguration ball.

The new cocktail menu is available now at Abacus. It comes Crave Recommended. 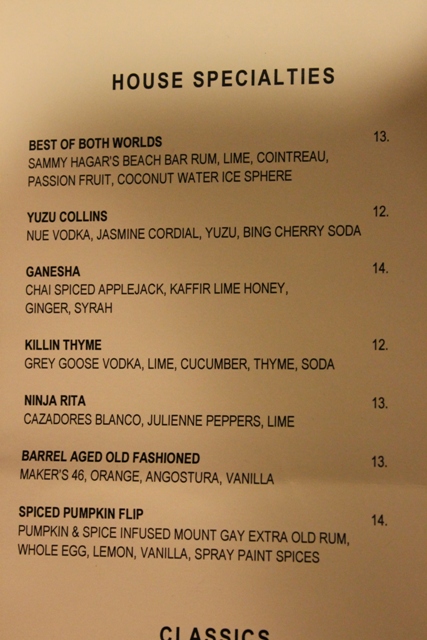 The list. This is the section to order from