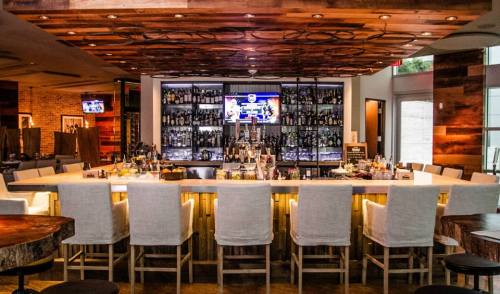 The latest restaurant to open in Dallas is Barter located in the space previously held by Private Social. Look for the same ownership, except now they have taken on a partner in chef Tim Love. Love of course is the owner of the wildly successful Lonesome Dove in the Fort Worth Stockyards, as well as Queenie’s Steakhouse, The Woodshed and Love Shack. The menu that Love designed is an eclectic mix that only can be described as New American. That is the lovely term we use when we really cannot define a menu. I suppose there is a slight Asian bent to this menu, with many flavors from the East as in the starter dish, the soft shell crab taco that is adorned with a chili sauce but  garnished with cotija in this fun sort of East Meets West mash up. It is a beautiful dish.

Other notable starts include the poutine that is kicked up with a wild turkey gravy and cheddar curds. Poutine is a dish that is popping up on menus everywhere and seems to be the hot new item. These are definitely addictive and the portion is enormous, so definitely count on sharing.

I really enjoyed the Wild Boar Ribs that are lacquered with “Dallas BBQ Sauce”. I am not sure what makes the sauce Dallas, but it is good. A touch on the sweet side, but tender and delicious. The ribs are served with the house-made bread and butter pickles. Nice touch.

Barter does beef very well and an interesting by-the-ounce method. This is something that is catching on across the country and it makes total sense. No one has time for a 2-pound slab of dinosaur, but a healthy 3 or 4 ounce portion goes very nicely with the fun sides such as the poutine. heartier appetites can indulge as much as they wish. 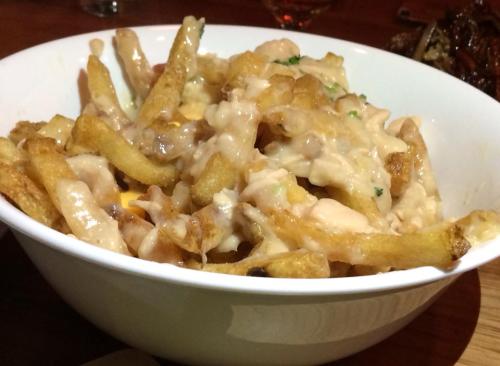 More in the beef department, the Proprietary Burger is more beef than anything else. The bun is billed as a kolache, but resembles both n taste and visually as an English muffin. This is an old Tesar trick that he has used at most of the restaurants he worked for. Personally, I love this type of bun. It gives the meat more of a fighting chance, and in this case there is little or no struggle with the two very powerful stacks of beef. This is super thick and super juicy. The burger is served with redneck cheddar, house-made slices of bacon and a smattering of  Bad Ass Fries. They are super bad ass at that.

There is something for everyone with this menu. Look for a huge plate of fish and chips served with Yuzu aioli, and a Gulf Snapper with a three bean ragout.  The lamb was superbly prepared and comes with a scotch bonnet vinaigrette and a pretty amazing Brussel sprout salad. 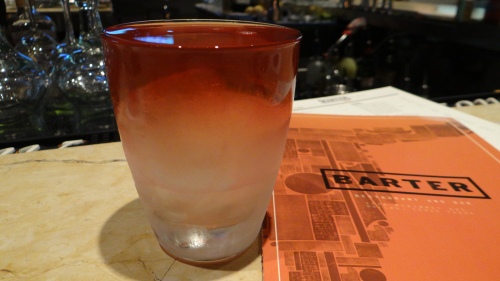 Rocco Milano is back with his special spirits program. Considered to be one of the very best barmen in Dallas, Milano has devised an extensive list of drinks that would satisfy most anyone.  Look no further than the extremely spirited Yale Fence made with gin, apple brandy and an Italian vermouth. By far the table favorite, and my table included six bartenders. For the adventuresome, there is an extensive list of spirits broken down by category. You may take flight for a mere $65. An interesting list indeed.

For those who wish not to consume alcohol, there is a a Temperance menu with some flavorful concoctions. Check out the peach-cinnamon or the vanilla-pineapple mocktails. Of course there i a full wine list and a good amount of beer to choose from. There are four beers from the North Texas region, and I would love to see that beefed up a bit.

Look to Barter for some interesting dining options that stray away from the typical, and cocktails that will enliven your soul.