Chef Vijay Sadhu Talks To Us About His New Restaurant 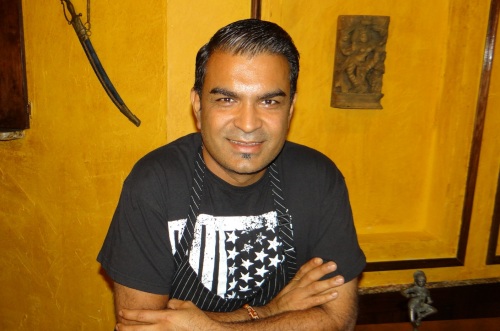 Vijay Sadhu began his culinary career in 1993 in Hyderabad, India at the ITC Grand Kakatiya Hotel & Tower where he learned the Royal Cuisine of India under Master Chefs Vikram Sihma and Irfan Qureshi. Locally, the chef Locally, Sadhu owned and operated the much ballyhooed Bukhara Grille, served as Executive Chef at the Clay Pit in Addison and Executive Chef of Samar by Stephan Pyles. More recently, he owned Pepper Smash, which he eventually sold to his partners. Since, Sadhu has been on a bit of a journey, travelling back to India and Singapore.

We caught up with Vijay Sadhu, who is now ready to open his next venture, and this one sounds incredibly different and super exciting. Look for Samudra to open next week where Sadhu will be serving what he calls Indian Ocean Coastal Cuisine. When we visited with the chef, he was sampling a few menu items, preparing for the opening. He was kind enough to show us around his new digs, which is in the former space occupied by Chennai Cafe. Chennai outgrew the Plano location, and took exit to Frisco.

Sadhu is an extremely charming gentleman, who appreciates fine cuisine and wishes to share his unique culinary experiences. Samudra will not only be serving Indian dishes, but Malaysian food as well. He actually has two sets of staff, with to separate kitchens to perform his task.  However, Sadhu warns not to look for your average Indian fare. You will not find a tikka masala, nor a saag paneer. Both are tasty, but Sadhu explains those dishes can be found most anywhere, and that is not what Samudra is about.

The chef was excited to explain the new concept in his Q&A session.

Tell us about what you have planned.

We came up with this concept of Coastal Cuisine. We cover India, from Goa, to Kerala, Pondicherry, which was a French colony, and Andhra Pradesh. Then we go to Bengal and onward to Thailand, Malaysia. If you look back at the history of India, it is amazing. The Indians who migrated to Malaysia they have this dish they call roti kenyal. The roti is amazing. They spin it out, and it is fluffy with multi-layers [Sadhu is describing paratha, which is a delicious unleavened flatbread]. I have seen roti kenyal in restaurants, but it is frozen. We will make it from scratch.

You hired a chef from Singapore?

Yes, we hired a chef from Singapore. He makes this fantastic Singapore fish head curry. It is like spot on. We take a snapper and make a curry. It is amazing.

They do, but you can find curries everywhere. Malaysia has their own curries. It is just a blend of spices that come together. They use a root called galangal, it is like ginger, and fresh tumeric. Those flavors are amazing! So I said let’s make curry out of this, and we came up with a lot of different curries.

You do not appear to have a bar.

No, this is a very simple place, it will be BYOB. We are all about the food. Perhaps a bar down the road. But I am tired of that bar scene. We did phenomenal at Pepper Smash, but I am just tired of that for now. 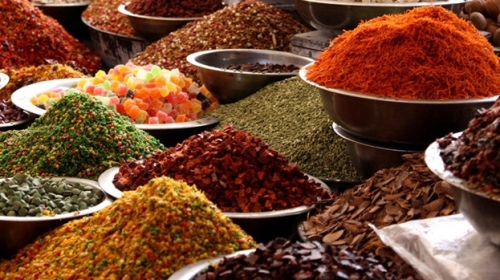 At this point one of Sadhu’s chefs bring out a platter of chicken that has been stir fried in a dark and very spicy curry. It has a blend of various vegetables like onion an red bell peppers. the plate was beautiful, but he asked that we hold off on photos until he finalizes his plating next week. the bite was juicy, tender, and stinging. The heat level was amazing, and begged for a sip of water. This dish was alive, and best of all – different.

What are some other dishes you have planned?

Laksa! Oh man, have you had laksa? It is the Malaysian coconut broth. It is very easy actually. I came up with this Samadra herb blend mix. By the way, Samadra is the name of the restaurant and it literally means “ocean” in Sanskrit. Although we will have a chicken dish, a beef dish, lamb, we will be about seafood and vegetarian. I don’t want to get clams, razor clams and these crazy things. It is going to be simple. Fish, shrimp, mussels. In summer it might be something different. Tons of curries.

I am so exited about this, and have had this in the back of my head for a while. We want to do something different, man. There won’t be a tikka masala or a saag paneer. We don’t want that. Go somewhere else and try tikka masala, but not here. We want the real Indian food, along with Singapore. You know.

Would you want to do another restaurant?

You know, that is a very good question. I want to do an English pub that serves curries.  I would call it Ferengi. This is what we call white people in India. It’s not a bad term. But in London they love the curries, and they are everywhere.

The man behind this with you owns Chennai Cafe as well, what is his background? They do a marvelous job at Chennai.

Karthik Thambidurai is an engineer and works with semiconductors. Chennai is really good. We need to go there.

We walked through the two spacious kitchens, tasting his new curries that Sadhu and his crew have been working on. The kitchen smelled glorious, and he pointed out some interested ingredients he would be using, such as the cherry eggplant, the marble-sized eggplant used in Thai cooking. After tasting a few of the dishes planned for the new restaurant, we can hardly wait for Samudra to open. We will keep you posted on the progress. The address is 5024 Tennyson Parkway in Plano.