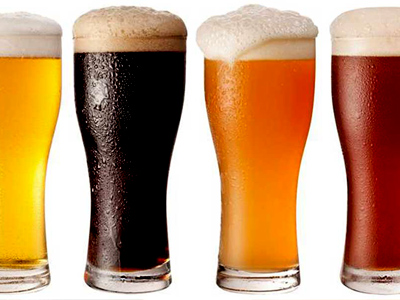 It’s finally coming. The time of year that we feel the first cool winds start blowing through the yard and the thought of sitting anywhere near a fire actually sounds bearable, if not pleasant. This is without a doubt my favorite season. Weather, ambiance, and Halloween aside, the greatest promise that the fall brings is the return of one of my greatest loves in life, the dark beer.

Though the term itself is used constantly, it is extremely vague. One could argue that anything darker than an amber or red ale fits the bill, but for me hearing the term dark evokes thoughts of a certain taste more than a range of colors. Big flavors of smoke, black coffee, bitter cacao, rich caramel and toffee overwhelm the drinker on aroma and initial flavor. Sharp notes of cinnamon, cloves, and other adjuncts make up the body, giving way to the softer flavors of spices like vanilla and nutmeg lingering in an often sticky finish. Earthen flavors of nuts, and wood, especially oak, good god how I love the taste of anything that even touches oak.

These flavors all appeal to me year round in a variety of foods and drinks, but there’s nothing quite like the alchemy of beer to marry them and explore the way they interact with one another, showcasing just how much depth of flavor a brewer can manage to cram in one glass. So getting back to style, once the whirl of sensations settles and I seek to address my resultant craving, I reach for stouts and porters. 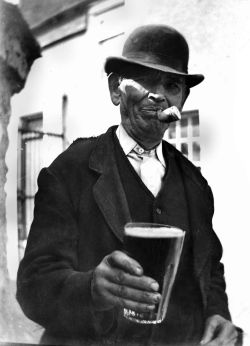 Even once we get down to these specific styles, there is a tremendous grey area in definition to be found. Often, when patrons or friends have asked what the difference is between the two I’ve found myself answering flatly, “nothing.” That’s not entirely accurate, but I’ve found that these two styles tend to have a blurrier line between them than most. To a degree, the same could be said of the myriad of pale styles that get divvied up into bitters, special bitters, extra special bitters, pale ales, IPAs, and then on and on into variants of imperials, dry­-hopped variants, etcetera… The real determining factor is supposed to be the richness of the brew, which comes from the ratio of grain to water in the wort (the solution that is fermented into beer) itself.

The problem is that there’s no set numerical standard that differentiates one from the other, so it’s really a matter of perception, and ultimately a brewer is going to call a beer whatever they think it is. I’ve had light, dry porters that drink easier than some brown ales, I’ve also had porters that feel heavier and stickier that some of the more balanced, or drier Irish stouts, and ABV’s can vary just as greatly for both.

Porters were, as I understand it, developed as a working man’s beer popularized in the 1800’s and named for the dock workers that share their title. The main intention of the style is to have something that is satisfyingly rich in flavor, but fairly sessionable for the purpose of knocking back a few at the neighborhood pub / tavern after a long day working your pre-­industrial labor job. The overall effect is that of a beer that taps into those rich, roasty flavors but remains very drinkable. To relate it back to it’s paler cousins, the porter is the pale ale of the dark beer world. 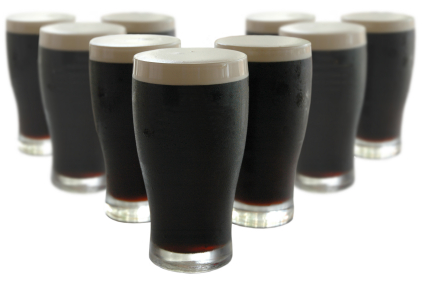 Stouts are supposed to be the bigger, burlier brother of the porter. In many ways the quintessential sippin’ beer, these exemplify that huge depth of flavor that only grows as these draughts are allowed to warm towards room temperature. This makes taking your time with this beer a particularly rewarding experience. As the beer passes the sixty and seventy degree mark, flavors that your taste buds are numbed to by even a slight chill emerge to show the underlying complexity that makes a good stout so different from other styles. It’s also worth noting that where it has become fashionable to double or imperialize an array of styles, the stout is one of the original imperials and, in my opinion, is still the best. On the dark­-o-­meter, an imperial stout is cranked up to 11, and can make the most jaded beer nerd hold it up to a light and admire it’s total opacity.

Dark beer may not be for everyone, but I’ve seen more than one look of surprise as someone who “doesn’t even like beer” sipped a thick, heady glass of stout and pulled it from their lips intrigued by the experience they just emerged from. You can see them really having to think about what they just tasted, often going back in for a second evaluation, trying to wrap their head around it. If I’m trying to teach a lesson today it’s very simply this: don’t be afraid of the dark.