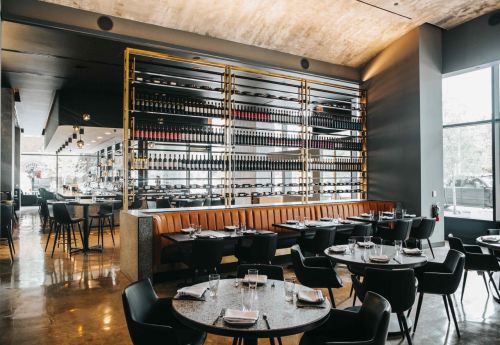 400 Gradi – an Italian restaurant concept hailing from Melbourne, Australia and founded by renowned chef Johnny Di Francesco will open its first location in the United States in downtown Dallas at 2000 Ross Avenue. 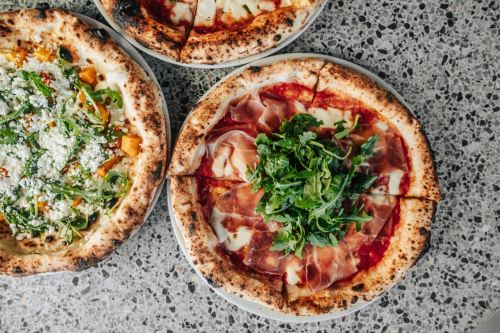 Di Francesco says because the water used is so critical, “We even source specially formulated water from a company called New York WaterMaker (an artisan water maker) that replicates the water qualities found in Naples. Additionally, our dough and all pastas (which are vegan) undergo a fermentation process for 48 hours in a specially designed temperature-controlled room with 65-70% humidity.” 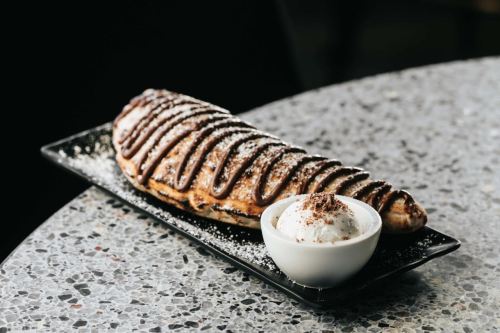 The Gradi menu has over 15 selections of Neapolitan pizza combinations from the Focaccia or Margherita, to standouts such as the popular Suprema – pizza in bianco, fior di latte, pumpkin, rocket, pinenuts and goat cheese or the Quattro Formaggi – pizza in bianco, fior di latte, grana Padano, emmental, gorgonzola and basil. A huge differentiator of 400 Gradi’s pizzas are that the dough and toppings are authentically prepared according to strict Neapolitan standards.

Johnny and his restaurants have consistently won awards for their traditional Neapolitan pizza and menu. After being crowned 2014 champion at the World Pizza Championships in Parma, Di Francesco and 400 Gradi took home the title of “Best in the Country” in 2017. Most recently, 400 Gradi was named Best Pizza Restaurant in Oceania at both the 2018 & 2019 edition of 50 Top Pizza awards in Naples. Johnny has established himself as a world leader in the business of pizza and Italian cuisine.

“Gradi is a traditional Italian restaurant; we aren’t just a pizza place. It’s important to me that Dallas understands we have a lot more than just great pizza. We take great pride in executing simplicity at its best and flew half a dozen of our key people to Dallas to train our local team. When you walk into one of my restaurants, I want you to escape and feel like you are in Italy – from the food, to the service, to the ambiance.”

When asked why Dallas was his first location outside the U.S., Johnny explains, “Dallas is a growing food city. When my business partners (who also live in Dallas) toured me around, I fell in love with North Texas. It reminded me of Melbourne, and I felt it was only natural to open 400 Gradi in the heart of Dallas.”

A regular on Australian television, Johnny Di Francesco’s skill and commitment to traditional methods saw him appear on the 2017 season of MasterChef Australia, The Mentor in 2018, Everyday Gourmet and more. Now a Melbourne institution, 400 Gradi Brunswick was born in 2008 and embodies just that of Johnny’s passion and love of food. Moreover, the concept now counts ten eateries in Australasia, several in the Arabian Gulf and now his first North American location in Dallas.