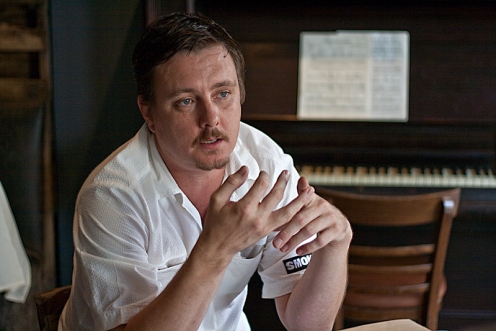 The first floor of the European-style food hall will soon be home to Tight Quarters – the first of its kind. This labor of love from award-winning Chef Tim Byres will offer a variety of natural, whole and unprocessed food that is full of attitude and style.

This might come as a surprise to fans of Chef Byres, who is most commonly known as the culinary mastermind behind the restaurants SMOKE and Chicken Scratch – some serious meat-centric concepts. Widely regarded as an expert in cooking with wood and fires, Byres has been invited to represent his craft by some of the country’s most respected food programs, including The Chew, Meatopia, Bizarre Foods America and Man Fire Food. In 2012, Byres was named the southwest Food & Wine Magazine’s “People’s Best New Chef” and in 2014, his book “Smoke: New Firewood Cooking” won for the prestigious James Beard Award. END_OF_DOCUMENT_TOKEN_TO_BE_REPLACED

For ten years, Sea Breeze Fish Market & Grill has been one of the region’s top destinations for fresh fish and seafood.  However, when the restaurant first started as a fish market with a counter-service restaurant, it was their authentic lobster rolls and New England clam chowder that put them on the map.  In celebration of those favorites, Sea Breeze is excited to expand to open Sea Breeze Lobsta & Chowda House in the new Legacy Food Hall in Plano, slated to open late in 2017 in Plano’s Legacy West development.   END_OF_DOCUMENT_TOKEN_TO_BE_REPLACED