Trees In Deep Ellum Brings Vitality To The City

The resurrection of the famous Trees Dallas  by new owners  Clint and Whitney Barlow in 2009 was a sure sign the Deep Ellum’s music scene was on the way back to prominence.  Trees has been bringing local and national acts of virtually every genre to Dallas ever since. Clint toured as the drummer for Vanilla Ice, and was a booking agent before reopening Trees. Clint’s music industry background focused the renovations on improving the sound, A/C and sight lines without losing the unique character of the building. Trees recently announced that the sound system will be upgraded again, with the new system going live in mid-August. This is the loudest venue in Dallas. Bring earplugs!

Trees was the scene of arguably the most infamous concert in Dallas history, where Kurt Cobain got into a fight with one the bouncers.

Parking near Trees is covered in our article here but we did make special mention of the lot behind Trees as one of our favorites. And of course, always consider Lyft instead of driving.

Trees is in the most walkable part of Dallas, with several square block of bars and restaurants to choose from before and after the show. What “scene” you want from your bar may depend on the “vibe” of the music you are seeing. There are enough choices within a few blocks that Metal Heads, Indie Rockers, Hip Hop and Alt Country fans will find the right place to go before and after a show. 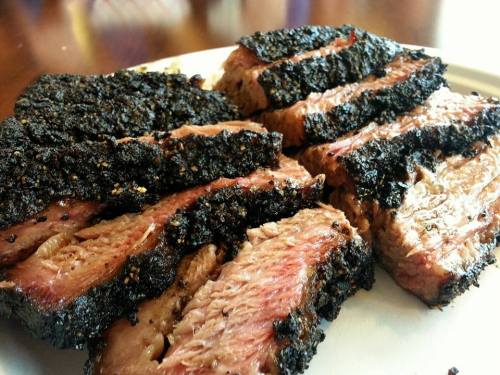 There are more Deep Ellum food choices than ever, with the opening of Tanoshii, Pecan Lodge and Monkey King Noodle Company bringing quality option. Buzz Brews, Café Brazil, Zini’s Pizza and Serious Pizza are all open past 2am.

All patrons entering the venue have to show an ID, and are given a wrist band. For some shows, there will be a long line of people waiting for the doors to open who want to grab a spot close to the stage. But this line will clear quickly. There is no separate will-call line, so buying tickets on-line will not assure you of entering more quickly. Of course shows will sell out, so buy on-line if you want to be assured of getting in. Trees will allow you to leave the venue and get back in with your wrist band at most every show.

For some shows there will be a security “moat” made up of low metal gates 2-3 feet from the stage. This moat will be staffed by bouncers who will attempt to wrestle stage divers away from the stage, and make sure they safely “land”. For more laid back shows, there will be no moat.

And now a note on the bouncers at Trees…. they are large. They are professional. They do a great job. They take no shit. If you are a butthead, you will get tossed out. If you continue to be a butthead out on the sidewalk, they will call the cops. These guys work hard to make shows fun for the 99% of people who can be let out in public. Show them respect.

Once you are inside the venue, you will be in an irregularly shaped room with a large C-shaped bar at the back and a slightly offset stage in the front.  On the bottom level, the Men’s bathroom and merchandise tables are to the right of the bar, the Ladies room to the left. The lower level is standing only.  There are three columns that support the tall roof in the middle of the standing area on the lower level. These can block views, or if you position yourself correctly, shield you from the crush of a larger crowd. The stage is high and patrons can get right to the edge.  Shorter patrons will need to maneuver a little to get a good view. One tip is to try and stand all the way to the left of the stage, near the wall. There always seems to be room in that spot though some views of the band are blocked by the stage curtains.

To the right of the stage, there is a door to a large outside “bullpen” smoking area. This area is uncovered, but since it is still technically part of the venue, you can take your drinks outside. There will occasionally be food trucks outside also.

On either side of the bar, there are stairways leading to the balcony area. On the balcony there is a second bar, two more restrooms, and couches/benches to sit. The upstairs bar will always be less busy even between sets, though there is usually only one bartender. There are places to stand on the balcony and still have a view the stage though most of areas along the sides of the balcony situated above the lower level are reserved for friends of the bands and other VIPs.

Trees is the cornerstone of the second Deep Ellum renaissance. Other excellent smaller music venues have opened (or re-opened) in Deep Ellum in the five years since Trees was renovated, giving DFW music fans a concentration of venues that can rival the best that Austin has to offer. Look for Clint and Whitney Barlow’s renovation and reopening of The Bomb Factory, a much larger venue situated only a few blocks from Trees, in the next few months!