Chefs For Farmers is an annual food and wine festival held in Dallas that brings chefs, artisans and culinary influencers together to celebrate supporting local and regional farmers at a three-day culinary blowout. Now in its 5th year, the festival will be held Friday, Saturday 23 – Sunday, September 25, 2016 with the mission to celebrate supporting the local and regional farming industry.

In addition to some of the hottest chefs in Dallas, national chefs are also participating. This year, 60+ chefs along with 35+ farmers/artisans and 50+ wineries, breweries and distilleries are all gathered for this “down home no mess, no fuss” weekend.  Please note that the Sunday event has been moved to Gilley’s due to rain concerns.

Created in 2010 by the founders of cutting-edge Dallas restaurant FT33, CFF began as a long table dinner for 125 people at Eden’s Organic Farm in Balch Springs, Texas. The goal of the evening was to bring farmers and local chefs together to promote the benefits of working closely with their local/regional farmers. In its evolution, CFF is now a multi-day festival with thousands in attendance at The Main Event.

Purchase tickets via CFF website: www.chefsforfarmers.com, they will sell out quickly. 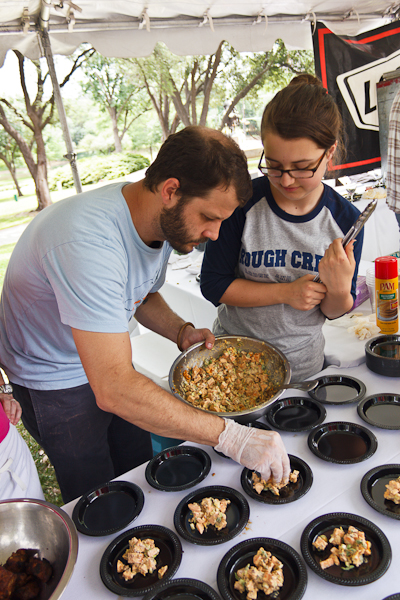 While CFF is a festival production, it collaborates with 501-C3 charities that are like-minded in their understanding and appreciation of the culinary and farming industries.  This year, CFF is working with The Family Place (a highly respected organization that addresses domestic violence issues and shelters and feeds the families seeking help. It is building a new kitchen); Café Momentum (a restaurant that provides on-the-job restaurant management training for juvenile/young adult offenders deserving of a second chance); and the North Texas Food Bank (one of the largest and most effective charities providing food to the homeless and underserved on a large scale.)

Filed under Chefs For Farmers, Crave

Tagged as Chefs for Farmers, Dallas, event, Foodie Dallas, What to do in Dallas, wine