We meandered into Henderson Tap House last week for a happy hour pizza (half-priced bit of tastiness) and discovered that the pub was introducing their new raw bar. The raw bar includes plenty of cold seafood items  such as oysters plenty of ways including raw (Blue Points and Gulf), Rockefellar broiled with spinach, bacon, cheese and a cream sauce. They also Bang Bang-style with peppers, onions ginger and ponzu.

Also find massive U10 shrimp served with cocktail sauce, and two styles of ceviche. As if that wasn’t enough for a pub that specializes in beer and burgers, we also enjoyed oyster shooters served with Tito’s vodka and a sweet Bloody Mary mix. Oh, and mussels. Delicious, cold mussels. 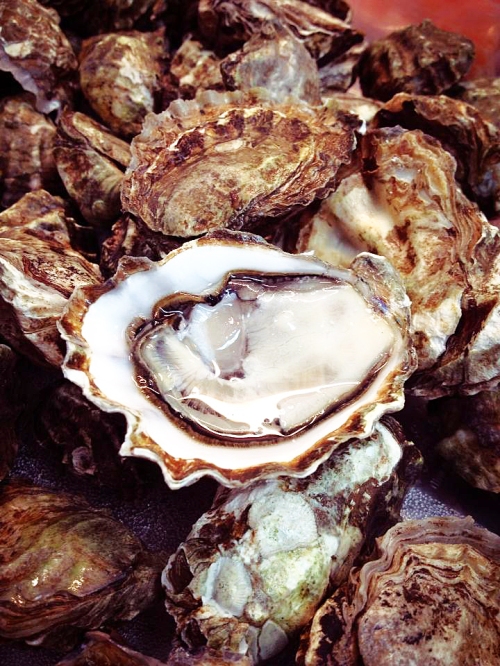 All this can be served ala carte or as a seafood tower, and elegant display that features oysters, shrimp, shooters and ceviche. This is a great way to begin your Thursday night, the only night the raw shows itself.

Each Thursday night the raw bar will be paired with a different beer, and we enjoyed a Lakewood brew, and this week you will find a Rahr pairing.

The raw bar is only one way Henderson Tap House entices customers out during the week. They also have a fun Wednesday offering that includes a 20 ounce ribeye served with a 20 ounce beer for 20 bucks. We also hear they serve up a mighty fine Taco Tuesday.