Dog Haus introduces the T-Mex, a joint sausage creation by the gourmet hot dog concept and Texas’ own chef and restaurateur Dean Fearing. Fearing, who is also known as the “Father of Southwestern Cuisine,” is the next chef to team up with Dog Haus as part of their year-long collaboration series in partnership with No Kid Hungry. The T-Mex features a Tex-Mex inspired beef chorizo & pepper jack cheese sausage, topped with chipotle aioli & firecracker slaw, served on grilled King’s Hawaiian rolls. Guests can expect to see the T-Mex at all Dog Haus locations nationwide now until October 31, with $1 from each purchase benefitting No Kid Hungry. END_OF_DOCUMENT_TOKEN_TO_BE_REPLACED 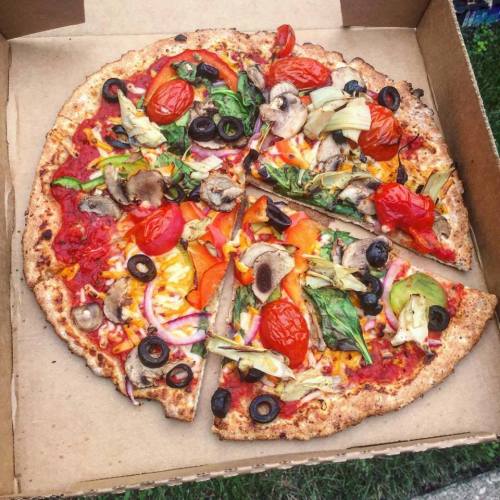 One in six children in America struggles with hunger. That’s why Pie Five Pizza Co. is joining thousands of restaurants nationwide to raise funds for No Kid Hungry.

All 90 of Pie Five’s locations across the country will be pitching in for the “Dough-nate to End Childhood Hunger” campaign from Aug. 28 to Sept. 24. Guests who donate $1 to No Kid Hungry will receive $2 off their next visit. Every dollar donated to the campaign can help feed a hungry child 10 meals.  END_OF_DOCUMENT_TOKEN_TO_BE_REPLACED

Taste of The Nation Raises $146,000 At Celebrity Chef Dinner 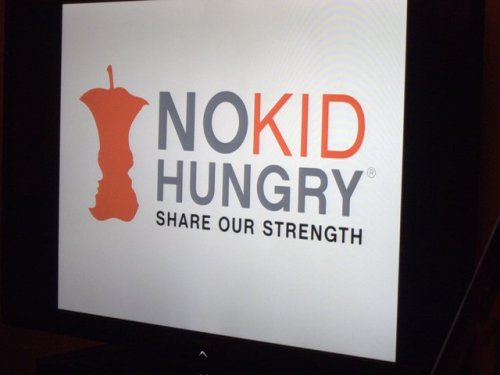 The Crescent Club (under Host Chef Bruno Davaillon) was the scene for Share Our Strength’s Taste of The Nation ‘No Kid Hungry’ fundraiser last Sunday as fifteen of our city’s best chefs pulled out all the stops to raise money to reduce the number of children struggling with hunger (Honorary Chef of the event, Stephan Pyles, reported that that figure stands at 25% of all children in Texas). Backing them up were an impressive list of individual and corporate sponsors. Guests contributed through their seat purchases, live and silent auction purchases and their donations. Today, Event Chair Terri Provencal of Patron magazine reported that the total raised was $146,000, a 14-year record.

The set up at this dinner is unusual. Each guest is seated at a round table of eight served throughout the night by one restaurant. Therefore, each table’s menu is different. I was seated at Bolsa’s table which meant that my five-course meal, including beverages, was created by Bolsa Executive Chef Jeff Harris and served by Bolsa waitstaff (including enthusiastic owner Chris Zielke!). The menu (shown below) was accompanied, at various times,  by a cocktail, a beer, and several wines, including two from Red Caboose Winery in Meridian, Texas.    END_OF_DOCUMENT_TOKEN_TO_BE_REPLACED