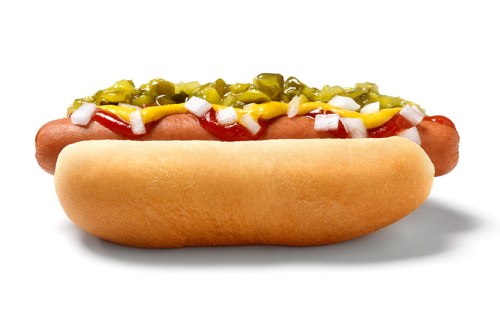 The world’s first sausage may have been made as far back as 64 A.D., when Emperor Nero Claudius Caesar’s cook, Gaius, stuffed pig intestines with ground meat in a flash of culinary inspiration. After eating the sausage, the emperor is said to have declared, “I have discovered something of great importance.” If your favorite ballpark treat is a fresh hot dog overflowing with ketchup, mustard and sauerkraut, you just might concur.

In the 15th century, the city of Frankfurt spawned the “frankfurter,” a spiced and smoked sausage with a slightly curved shape. The “wiener,” a sausage made of pork and beef, originated in Vienna, known in German as Wien, in 1805. Throughout the 19th century, the snack that would soon become the hot dog gained a following America, thanks to immigrants from Europe. END_OF_DOCUMENT_TOKEN_TO_BE_REPLACED 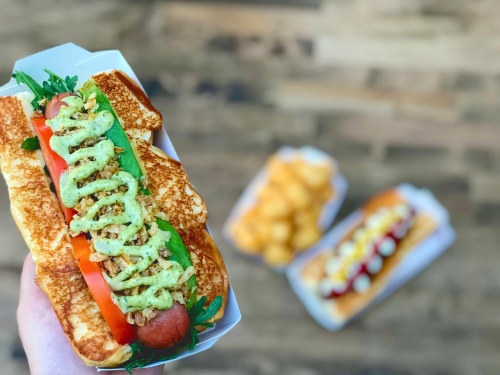 Located at 4000 Bagpiper Way, Ste. 110, in Arlington Highlands, this will be Franchisee Ron Ryan’s second Dog Haus Biergarten location. To commemorate its arrival, Dog Haus is inviting locals to swing by for a FREE Haus Dog on Saturday, Aug. 3. END_OF_DOCUMENT_TOKEN_TO_BE_REPLACED

Dog Haus introduces the T-Mex, a joint sausage creation by the gourmet hot dog concept and Texas’ own chef and restaurateur Dean Fearing. Fearing, who is also known as the “Father of Southwestern Cuisine,” is the next chef to team up with Dog Haus as part of their year-long collaboration series in partnership with No Kid Hungry. The T-Mex features a Tex-Mex inspired beef chorizo & pepper jack cheese sausage, topped with chipotle aioli & firecracker slaw, served on grilled King’s Hawaiian rolls. Guests can expect to see the T-Mex at all Dog Haus locations nationwide now until October 31, with $1 from each purchase benefitting No Kid Hungry. END_OF_DOCUMENT_TOKEN_TO_BE_REPLACED

We Love Being In The Dog Haus

It was just a few years ago that hot dogs were quite the fashion plate, but competition was fierce and as fast as many arrived on the scene, all delicious and crave worthy, they vanished seemingly overnight. A fairly new doggery to the Dallas landscape that has been a proven concept for eight years which first opened in Pasadena made its entry this past year and has been building a strong following in Richardson. Meet Dog Haus.  END_OF_DOCUMENT_TOKEN_TO_BE_REPLACED 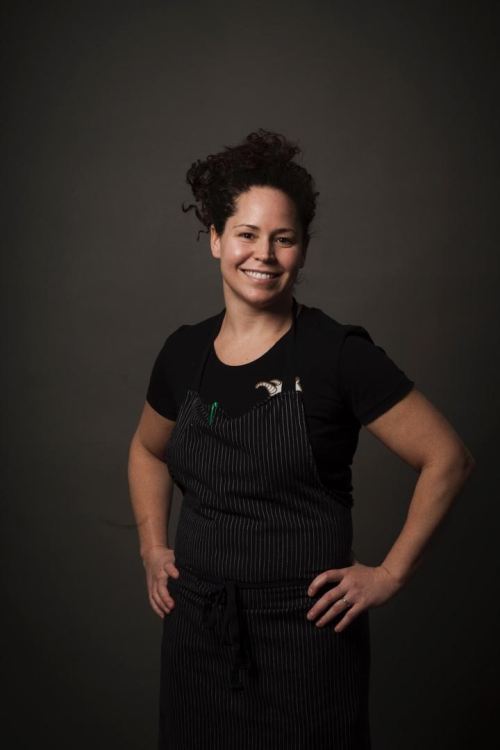 Dog Haus, the critically acclaimed gourmet hot dog, sausage and burger concept, announces Stephanie Izard as the newest chef to join the year-long collaboration series in partnership with No Kid Hungry. For the series, Dog Haus has enlisted eight nationally celebrated chefs representing regions of the country in which Dog Haus has locations, each of whom is creating limited time menu items to be served at all Dog Haus locations every two months throughout 2018. END_OF_DOCUMENT_TOKEN_TO_BE_REPLACED

Eat Me: The Hot Dog at Bowl and Barrel

The hot dog has fallen on hard times in Dallas. What was once the sweetheart of the rodeo with locations across town where you could get a good meaty custom dog, now it is a bit dodgy. With the loss of some wonderful dogs, such as Luscher’s, Samson’s, Jerry’s, and Old World Sausage Company, There is still a terrific stand-out in Bowl and Barrel.   END_OF_DOCUMENT_TOKEN_TO_BE_REPLACED

Tagged as Bowl and Barrel, Bowling, Dallas, Hot Dog, Hot Fried Quail, Houston, San Antonio, What to do in Dallas