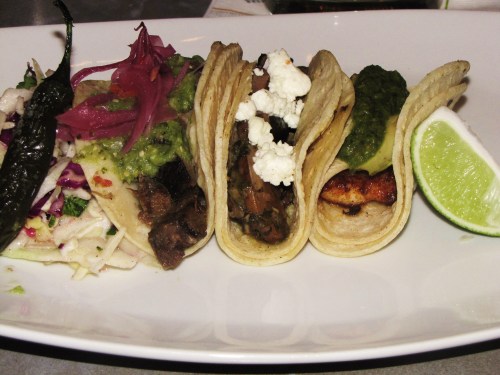 Mentally grazing the interesting menu at Wild Salsa you notice a few interesting tamales, stacked enchiladas ala New Mexico and a hard core lamb shank barbacoa for $29. Relegated to the end of the menu, just before the requisite tres leches cake, you see a fine listing of tacos.

Although a bit pricey, what would you expect for a chef driven taco located in a beautiful building downtown. Advantage: all the taqueria located in gas stations. But this isn’t Texaco, and those aren’t your average tacos. These smack of chef Kelly Hightower’s ability to refine, as he did once before at Nova in Oak Cliff.

Walking in just for a margarita (greatness) and a ration of tacos late last night I ordered up three amigos. I grabbed the lengua, fish of the day and the mushroom. 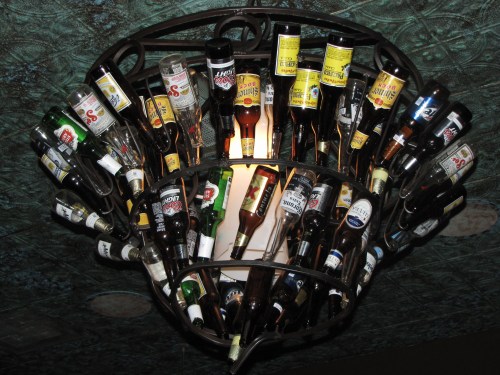 I started in on the redfish taco that was relished with a Poblano pesto and avocado. The fish was grilled, moist and satisfying. The added bonus of the pesto made the taco, and I scooped up the tiny dribbles with a crisp tortilla chip.

Next I laid into the mushroom taco, that had beefy roasted mushrooms, Poblano rajas and epazote. The latter is a leafy micro-green similar to cilantro, but with out the soapiness some people taste. It also has a natural gas reducing effect. This was a fabulous taco, and I could definitely get into three or four of these on a meatless day.

The last was actually my favorite. The lengua was by far the most flavorful version I have had in Dallas. The six hour chile morita braise along with the roasted escabeche onions made me do a happy dance in my chair.

I miss the sweetbread tacos they opened with, but for $2.50 each, these tacos are something you will want to try.