Why John Tesar Should Be Voted Back On Top Chef 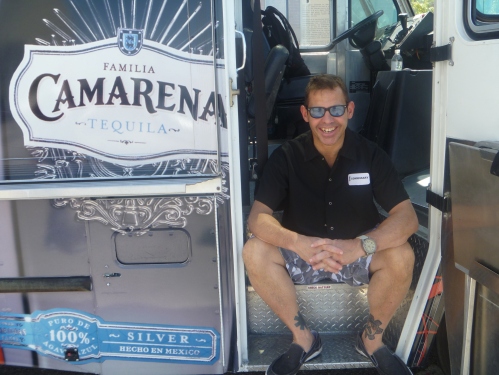 I do not normally report on the whole Top Chef thing, we always assume our readers are out dining or sipping an amazing tequila, or hob knobbing with a few local bands on their day off. At least that is how I envision you all. However, this season has been particularly interesting with the addition of three talented local chefs.

Be there no doubt that I was all upset when Danyele McPherson from The Grape took her leave from the show just weeks ago. Danyele is talented, perky and a whole lot of fun. I met her first working with McCallister back at Stephan Pyles, and instantly took to her radiant personality. She is a class act and Top Chef could use a few more Danyele’s.

Last week I watched Top Chef for the first time this season. I was out of town and sitting in front of a TV when I realized that the program was on and quickly found the Bravo channel and was met with the smiling chops of John Tesar. From what I have read Tesar has been interesting on the show.

In real life Tesar can bite a bit, but it is my opinion that he is harmless and truly has his opinion on how things should be run. He has been doing this whole chef thing for quite some time and deserves his opinion. He has earned the right, and compared to some old school masters he might be considered tame.

Like all the Season 10 stars that I am friendly with Josh Valentine has been tight lipped about the goings on with the show, but he did say that he and Tesar didn’t hit it off from the beginning. Both have strong personalities and it is easy to see how this might happen. Regardless, this all makes for excellent television fueled by strong wit and determination to win.

Another excellent reason tesar should be brought back? Have you been to his new restaurant, Spoon? Unfreakinbelievable.

Regardless of the ultimate outcome of the program, it would be incredible for Dallas to take home the win. For this reason alone we should all rally around Tesar and bring him back into the fold. Here is how you can help with this task:

If you vote by text “John” to 27286, you may vote 7 times. After that, it doesn’t count, but you can vote, one right after the other in a row, which only takes a quick second (standard text messaging rates apply, of course).

For those of you on Twitter, it is THE very best way to vote because EVERY SINGLE TWEET with #SaveChefJohn counts as a vote. Translation: You can vote as many times as you want, every time you tweet, as long as you include the hash-tag. Tesar needs every vote he can get to finish strong. I understand he is just hundreds away from going back in, and this would no doubt be a major boon for the entire pickle industry.  Claussen will thank you.