TJ’s Goes French For A Night 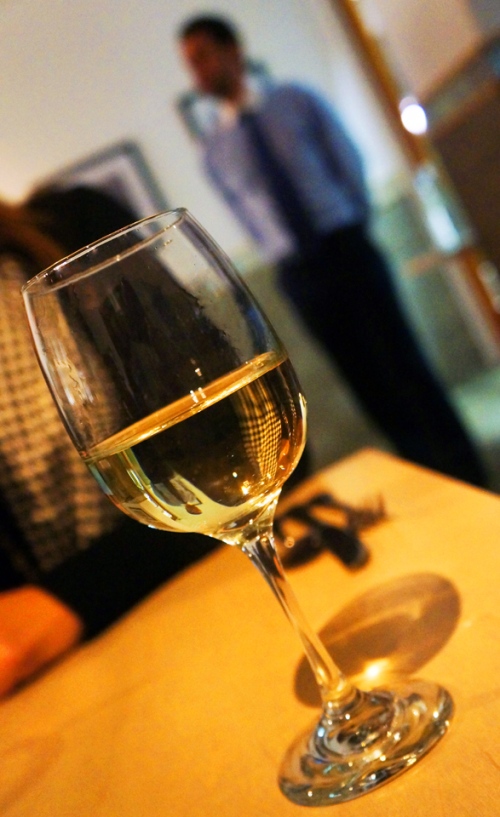 Ever since opening his Oak Lawn location in 2012, TJ’s Fresh Seafood Market has been hosting specialty dinners that feature seafood prepared in worldly ways and paired with wines of that region. Tuesday evening owner and purveyor Jon Alexis threw a French Style seven-course dinner to an excited and eager full house.

For each course Jon described the wine pairing, while Executive Chef Scott Hoffner discussed the ingredients and execution of the dish.  A main supplier of TJ’s, whose Red Grouper was featured in the 3rd course, was on site to tell the diners how Jon decides what fish to select (Jon can be quite picky), the state of sustainability in our oceans today, and the unique fish that often get thrown away in the U.S. while it is considered a delicacy (and pricey!) overseas. 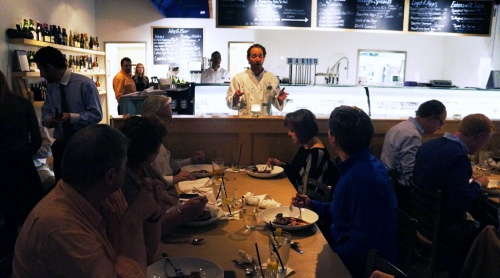 Jon and his crew have become well known for showcasing some of the freshest seafood in town, and his future plans include many more of these special dinners.  “In the coming weeks we’ll be exploring the flavors of Argentina, Japan, California, and Scandinavia. We’re also planning a roll your own sushi interactive dinner,” explained Jon.

For more information, or to get on the list for any of these, call the Oak Lawn location at 214-219-3474. Or just swing by, have a fine meal of super fresh seafood, and tell the team you “want in” on these special events. 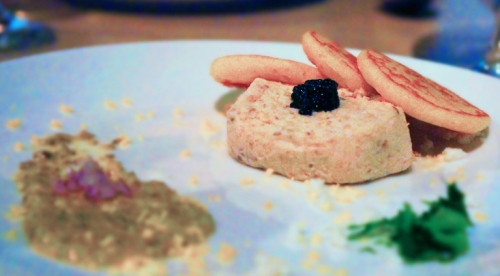 Whitefish Pate’ with Caviar, Caper and Mustard Puree and Blinis, Served with a Pepiere Muscadet 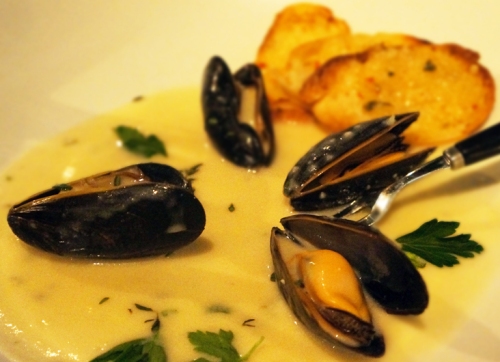 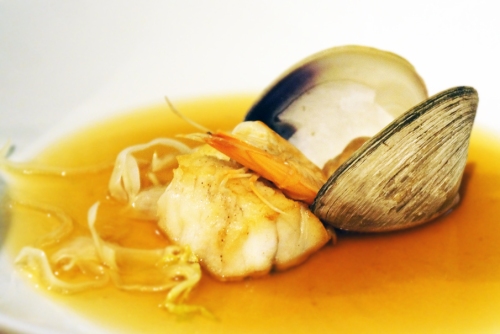 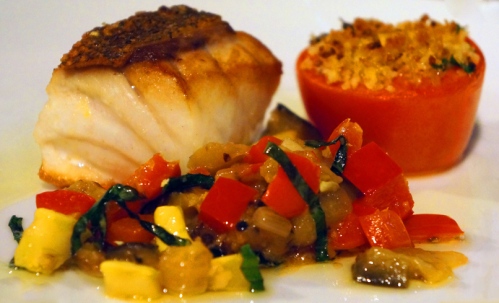 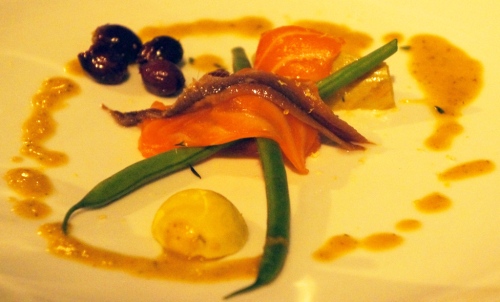 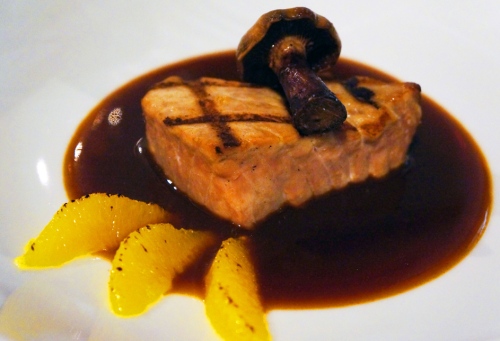 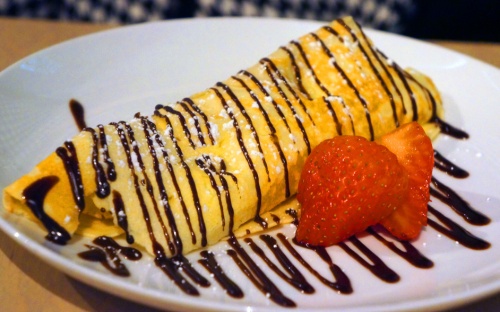 One response to “TJ’s Goes French For A Night”