Luck To Open In Trinity Groves

Luck will feature American regional cuisine and promote breweries within a 50 mile radius. They will not be serving beer in cans or bottles, strictly brews from their 40 taps.

“By the end of the year there should be 20 breweries within a 50 mile radius of Trinity Groves and we will dedicate 2 taps per brewery. We will also have chalk board taps for breweries wanting to get a market analysis of their beer before they distribute it to the public,” said Deitzman.

In addition to carrying all the local beers they will also be cooking with the beer in everything from soups to desserts. The menu will be dotted with Texas cuisine which includes Mediterranean and German dishes. Look for a fantastic rendition of shrimp and grits. 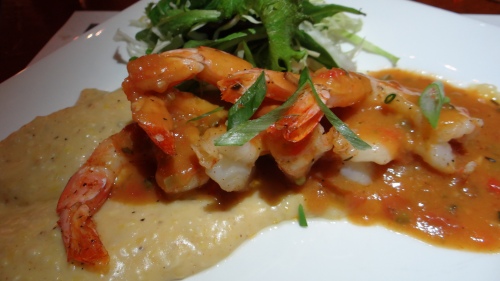 Daniel Pittman will work as Luck’s chef. Pittman worked at the Four Seasons for a better part of 10 years, and started his career at Eatzi’s.

Look for Luck to host a different pop-up dinner as they stretch their culinary legs and raise additional funds to go into the restaurant. This past February 17 was their fist pop-up where they took over Trio’s kitchen in Colleyville. The dinner was an instant sell out and marked a fine representation of  the food to come. Each course was paired with a different beer from Four Corners Brewery, also located in Trinity Groves. In addition to the pairings, they used beer in each of the recipes.

The restaurant will be green, using reclaimed woods and repurposing grain bags used by local brewers. In addition, they will also used spent grain to make breads and crackers.

To keep current on the opening of Luck and to attend future pop-up dinners, add Luck’s Facebook page.

3 responses to “Luck To Open In Trinity Groves”