A Preview of Chamberlain’s Brau Haus at Addison Oktoberfest 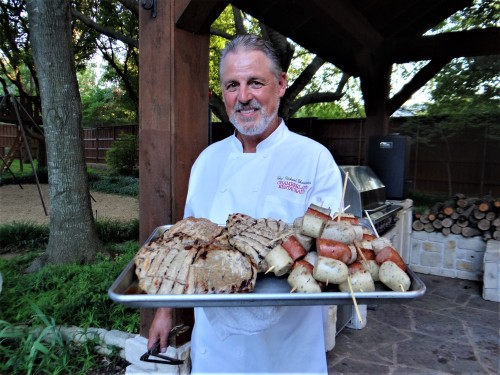 I was recently invited to the home of Richard Chamberlain for a preview of what he will be serving this year at the Addison Oktoberfest coming up September 20-23, 2018. Chef Chamberlain, of course, is the chef and proprietor of Chamberlain’s Steak and Chop (recently celebrated his 25th anniversary) and Chamberlain’s Fish Market Grill both located in Addison, Texas.

One of my first interviews with Chamberlain was while doing work for the Observer, you may read about that here for some background intelligence.

During our Oktoberfest dinner party Chamberlain guided us through his cooking process, and the dinner itself was informal and we dined in the kitchen watching as he flawlessly made each course. 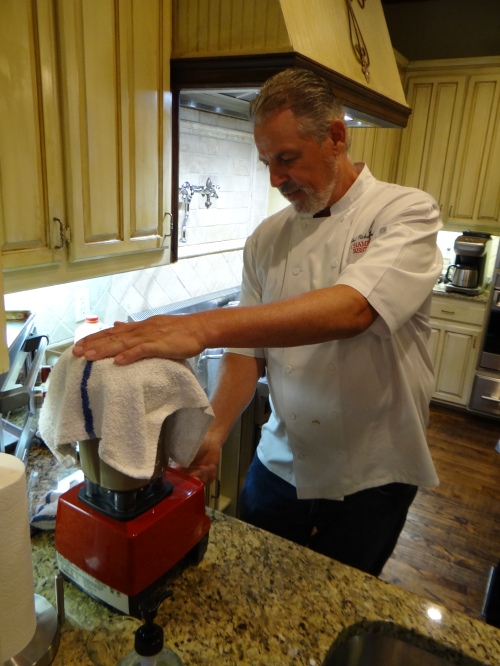 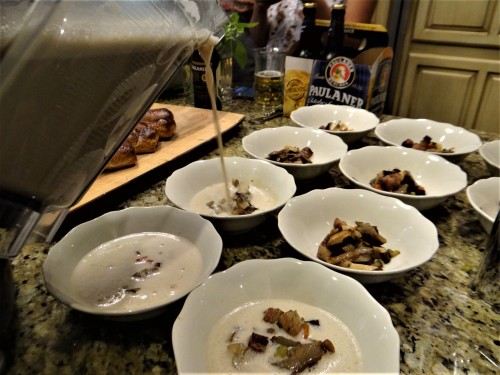 We started with a beautiful creamed wild mushroom soup. The mushrooms arrived fresh from the farm moments before they were cooked, giving the kitchen a beautiful fragrance coupled with his broth that had been steeping for a good part of the day. Glorious.

It was then the chef summoned us to his grill just passed the footbridge and past the pool. Here he had large chops grilling and he finished those along with skewers of sausages he procures from Kuby’s each year. These custom made delights were each savory and juicy, relenting to each bite. These are the exact same sausages you will find Chamberlain serving at Oktoberfest in the giant tent where guests will be surrounded by live music, festive costumes and dancing. Plenty of dancing, which goes marvelous with the special meal the chef provides. 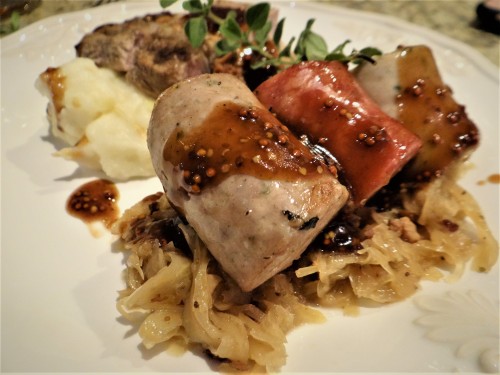 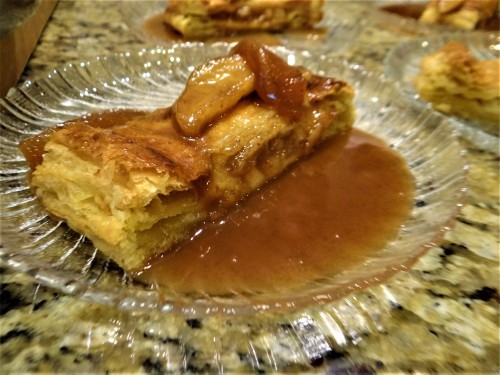 Once plated you will find a skewer of three sausages, the grilled chop, the best sauerkraut you will ever taste and pillowy mashed potatoes ladened with plenty of cream.

The meal is capped off with a flaky apple strudel bathed in a boozy caramel sauce with more large chunks of seasonal apples.

We understand that seating for Chamberlain’s Brau Haus is extremely limited to five seatings during the course of the Addison event, so you will want to grab your tickets now. The meal is filling, beer paired (and you get to keep the giant stein) so go ahead and secure your seats now. I am positive you will find Chamberlain in the massive makeshift kitchen and you will be able to chat up  the chef as he is extremely affable. 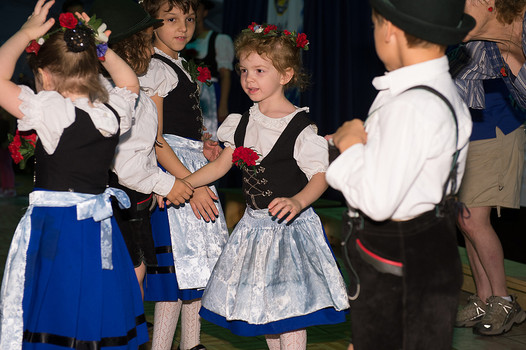 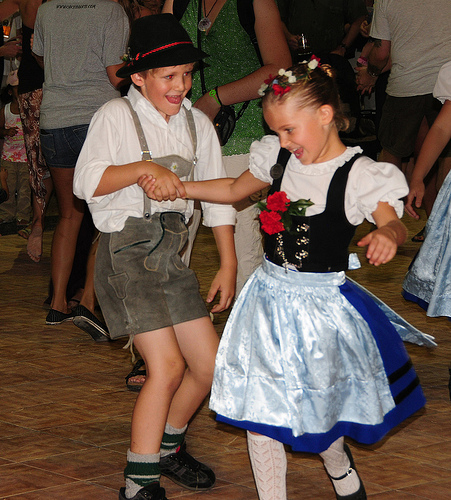 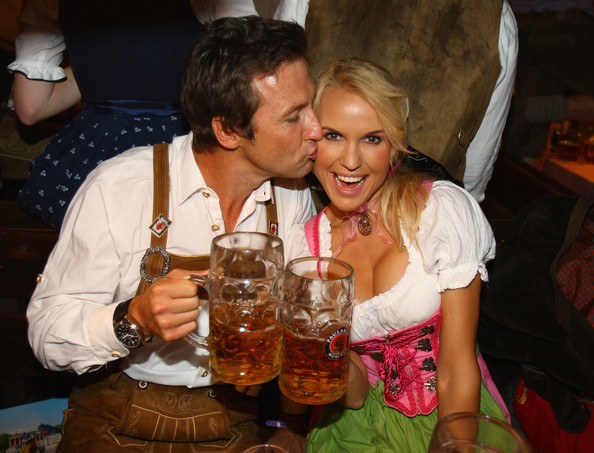 Look for our upcoming Ultimate Guide To Addison’s Oktoberfest coming to Crave super soon. Plenty of prizes and hidden gems you will want to take away.