Nora Is A Sweet Afghan Surprise 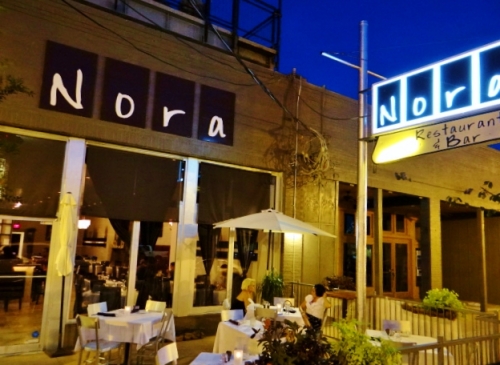 It’s been about a single month since Nora opened its doors and we had a first look at the opening festivities which included dancing, plenty of music and great food. One month later the music is a bit muted but the food is rolling strong in this beefed up outpost for the dearly loved North Dallas Afghan Grill.

Located on lowest Greenville Avenue in what is fast becoming a freshly revitalized area of Dallas, Nora is a little gem that is all nice and shiny. The same chef is working the grill as the North Dallas haunt, and they are using the same techniques. Giant flames from the largish gas grill kiss the lamb kabobs just as the grill does at Afghan. The flavors are very similar because the recipes are the same.

We spoke with the owner of Nora last night and he said his recipes come from an old friend in Afghanistan who was a master at kabobs, and Chef Matt Pikar took in all he could before opening his own restaurants in DC and now Dallas. All told, the family still runs ten restaurants in the DC area that are considered the very best in town.

Dallas is fortunate to have this young family share their very authentic recipes, and from the nice crowds that have been filing into Nora they seem very well received.

The Afghan palate is a bit different than that of most Middle Easterners. Herbs and spices used in Afghan cuisine include mint, saffron, coriander, cilantro, cardamom, and black pepper. Lamb and chicken are the most common meats, and the flavors are well-balanced and neither spicy nor bland. The food is a great contrast between your typical Middle Eastern fare and Indian.

We selected a vast array of food last night and wish to share some of those dishes that highlighted our evening the most. 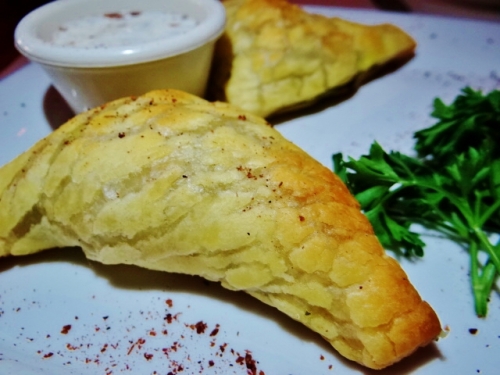 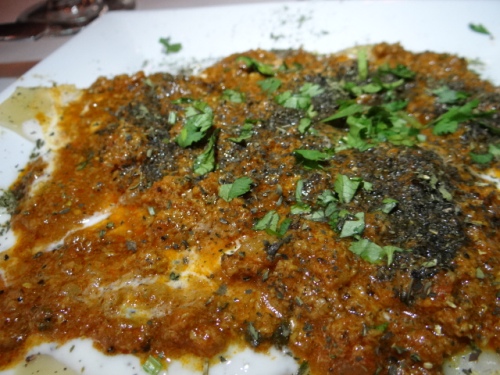 Aushak is a leek dumpling topped with mint yogurt and meat sauce. 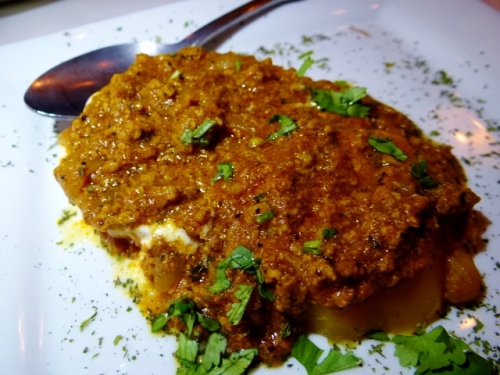 Kadu is one of the signature dishes that is made from sauteed pumpkin, garlic yogurt and meat sauce 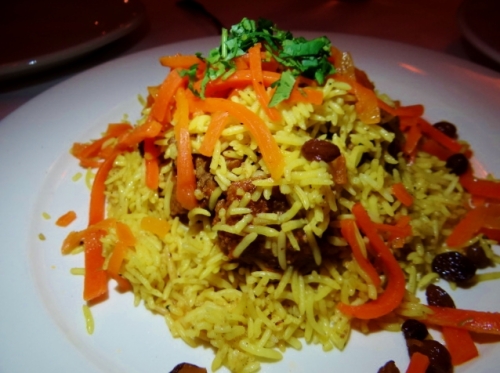 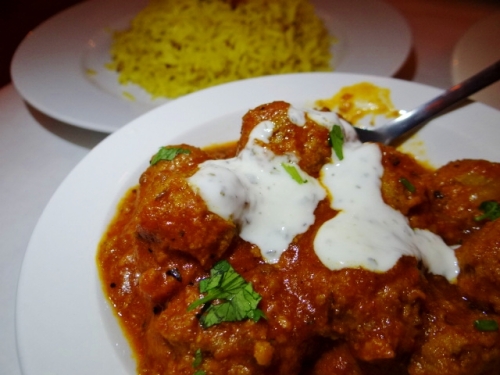 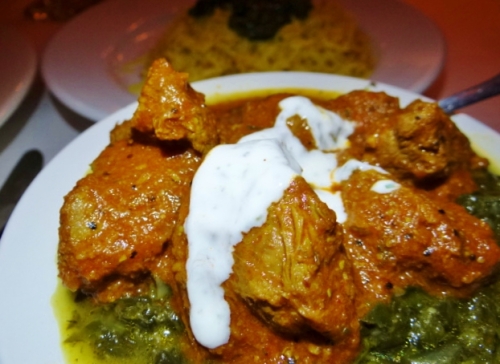 Lamb Sabazi Chalao is simmered spinach with garlic, onion, leek and spices served with lamb or chicken and a side of rice 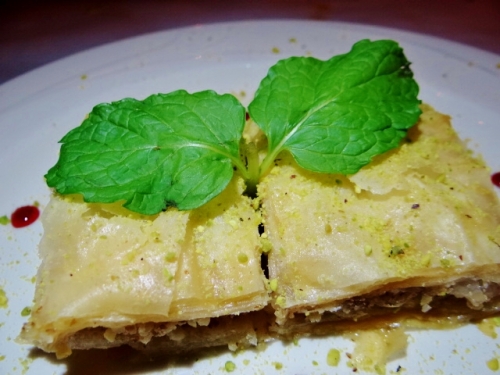 The baklava is not like your typical Greek version. This is lighter and much less sweet

2 responses to “Nora Is A Sweet Afghan Surprise”