The Texas History of Chili, Both Powdered and Canned 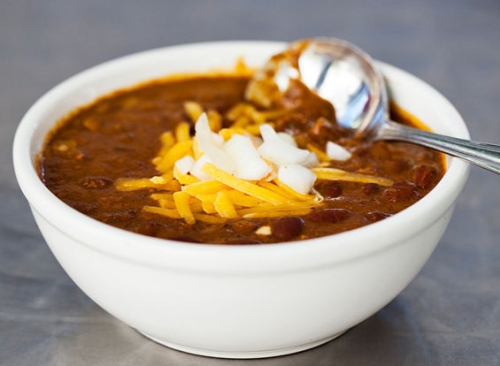 When it comes to modern home chili remedies we have a few people to thank. First there were the “powder men” from the mid 19th century, a term I believe chili maven Frank X Tolbert to have coined, and then there are the butchers who first canned and made brick chili at the dawn of the 20th century to sell to the chili loving consumer.

Tolbert devotes a chapter of his book “Bowl of Red” to the powder men, and waffles on who he thinks brought powdered and packaged chili to mankind. He first attributes William Gebhardt of New Braunfels, but paragraphs later he names DeWitt Pendery of Fort Worth. A little digging shows that both started grinding a powder chili mix in 1890, so it is easy to understand Tolbert’s quandry.    END_OF_DOCUMENT_TOKEN_TO_BE_REPLACED

The Hunt For A Bowl Of Red: The Windmill Lounge

If you ever wander in the bartender’s inner circle you will soon find that Charlie Papaceno from the Windmill Lounge is considered the bartender’s bartender. Charlie is not only a mentor but an all-around guy who happens to be a master behind the bar. He was making these cool cocktails with significant historical value before it was fashionable. The displaced New Yorker can also make a mean bowl of red.       END_OF_DOCUMENT_TOKEN_TO_BE_REPLACED

Filed under Hunt for a Bowl of red, Steven Doyle

The Hunt For A Bowl Of Red: The Fatted Calf 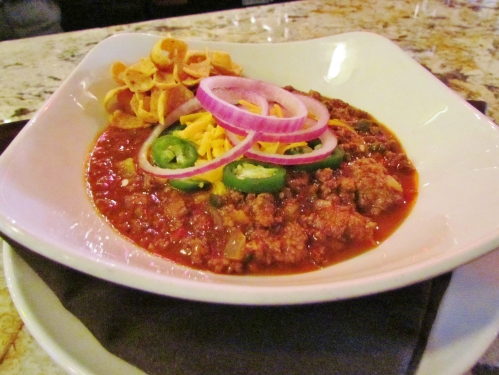 In our search for the perfect bowl of red, we asked contributor Bryan Coonrod to chime in on one of his favorite chili bowls in the DFW area. Bryan is one of the area’s hottest DJ’s in Dallas and has a voracious appetite.

One of my favorite suburban cities to dine in is Rockwall just east of Dallas on I-30 . You can find several of the top restaurants in the area here such as Ava, Zanata, Culpepper’s and The Fatted Calf where we end up today to try their Texas Red Chili. Chef-Owner Ted Grieb runs this establishment and delivers some awesome food time and time again, which you can tell by the full dining room we saw today. The chili here is quite the serving; a large bowl that you can call Texas-sized.  END_OF_DOCUMENT_TOKEN_TO_BE_REPLACED

Filed under Bryan Coonrod, Hunt for a Bowl of red

The Hunt For A Bowl Of Red: Jack’s Southern Comfort Food 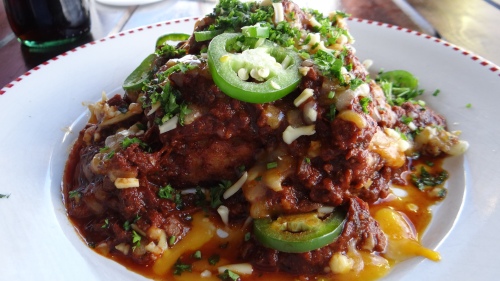 There was a time when Dallas was ripe with bowls of chili. I’m not talking the bean-ridden nonsense infiltrated by our neighbors to the north. I refer to the perfect bowl of red that has somehow escaped our dining landscape.

Back in the 1880’s the San Antonio chili queens dominated the Plaza, hawking their home-made chili that was often made with just meat, tomatoes and chiles, served with a side of beans and tortillas. The queens would offer chili to the soldiers and just about anyone that happened by as they kept the pots waed over a mesquite fire. In 1937 with a concern for public health, the chili queens were banned from the Plaza, and some of them took to brick and mortar restaurants. Consider these dames the early pioneers of the modern day food truck.    END_OF_DOCUMENT_TOKEN_TO_BE_REPLACED

Filed under Hunt for a Bowl of red, Steven Doyle