Yesterday Julian Barsotti opened his latest concept, Carbone’s which is located just next to Nosh on Oak Lawn in Dallas. Carbone’s compliments Barsotti’s Italian restaurant Nonna extremely well and features much of the fresh pastas, cheeses and sauces that he creates daily at the restaurant. At Carbone’s you may dine-in, but you can also buy the various components for your very own  Barsotti dinner at home.

In addition to fresh sauces and pastas, you will also find remarkable hand-made meats and salumi. 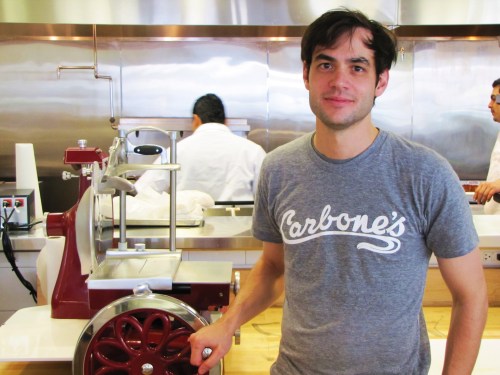 “It’s a different kind of deal. We have a grocery component and counter service. I’m not really used to it, but it is something I always wanted to do but never done. I am really, really adjusting on the fly and hope we get better every day,” said Barsotti on our opening day visit.

When you meet Barsotti you find him at once humble and warm. When we first entered Carbone’s we spotted the chef bouncing across the room tending to every detail of the opening, and later when we spoke with him we could almost see this imaginary list that rested in front of him. He was definitely in the zone.

Scanning Carbone’s we spotted a host of dried pastas neatly bagged for sale and all made in house.

“These are bronze-dye extruded pastas that are equivalent to the Southern Italian pastas you would buy in a box. We are selling sauces that will all work well with them like our Sunday gravy. We also will have meatballs, Bolognese, and marinara. We are also selling fresh fettuccine and freshly extruded spaghettini  that you can buy by the pound,” Barsotti continued.

“This is a genre I have a particular affection for. A place that you can get Italian sandwiches and grocery items. The products will be pasta centric and items you really can’t get at other places. You can find some of this in other places but hopefully people will appreciate this well focused assortment. Here you can get a bottle of wine and depend on the dried, cured meats to be great. Hopefully we will be able to communicate on how to use them. These are all house-made or American sourced with very few exceptions,” said Barsotti.

Currently Carbone’s offers house-made ricotta and mozzarella, the rest are sourced locally or in fine shops across the country. 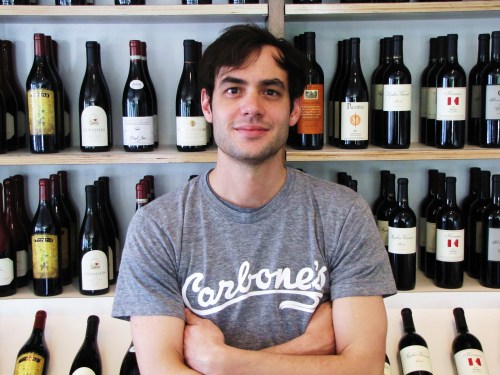 Carbone’s has gone through many iterations but is loosely based or inspired by Lucca Delicatessen and Molinari Delicatessen, both in San Francisco. Then it evolved into the Italian-American direction and influenced by Torrisi Italian Specialties in New York. Barsotti thought it was fascinating to create these products using American ingredients. Carbone’s is taking that idea a step further.