Cooper’s Meat Market For All Your Beefy Needs 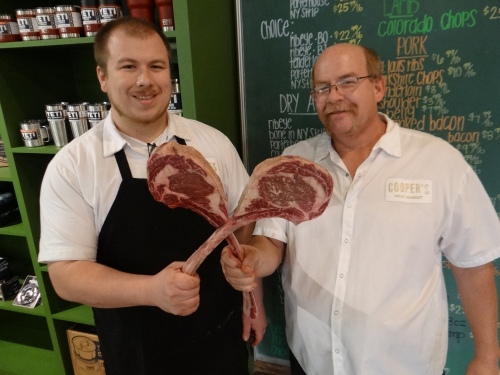 A visit to the new Cooper’s Meat Market revealed so much more going on than providing giant haunches of beef for home cooks. The new addition to Sylvan Thirty also offers a variety of take and bake dishes, an excellent wine selection and other retail purchases such as Yeti coolers, but is also a 50-seat steakhouse with a full service bar.

Cooper’s is owned by Michael Johnson, whose family runs the legendary Cooper’s in San Antonio and is now an Oak Cliff resident. “I wanted to share what my family has been doing in San Antonio all these years,” offers Johnson during a recent visit, “I am excited for the community to know that we provide the very best quality meats.” 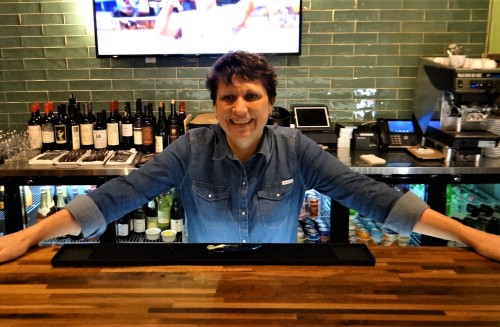 And they do provide an excellent grade of beef all cut in-house by chef-butcher, Kenny Mills. Mills may be familiar to some as the burgermeister who owned Kenny’s Chop House in Arlington, and formerly as exec chef at Dallas Chop House.  At Cooper’s the chef not only performs cleaving duties but also is able to show off his mad skills with a variety of meats. Mills has also enlisted his son who is now taking up the family business.

For the steakhouse portion the setting is a bit sparse without all the trappings of your typical Dallas high-end restaurant. There are no exotic wood panelings, 6-foot modelesque hostesses, or stuffy a maitre’d. This is a come-as-you-are restaurant in the casual digs of Sylvan Thirty that happens to sell fantastic burgers, but also Akaushi Carpaccio, Roasted Bone Marrow, Scottish Salmon and Lobsters, massive bone-in ribeyes, dry-aged beef and beautiful hand-cut fillets, all at a price point unheard of in the steakhouse business. Consider a prime 24 ounce porterhouse cooked to order for $38, or a 24 ounce cowboy cut rib-eye for a mere $45. Also offered are veal, lamb and pork chops also at great deals and served table-side.

Do not forget that chef Kenny is a burger master and there are several to choose from including his Chop House burger which is ground chuck mixed with smoked brisket, hardwood smoked bacon, white cheddar and a house-made steak sauce. Others include a Carolina burger topped with pulled pork, a Six Pepper burger and a Black & Blue & Bacon burger, all made with that Kenny finesse.

Cooper’s is ideal for the neighborhood which is bereft of a good meat market, grocery or wine purveyor. Mark the number for your next dinner party or this weekend’s grill menu. Check out their Facebook page for complete menu and other information.