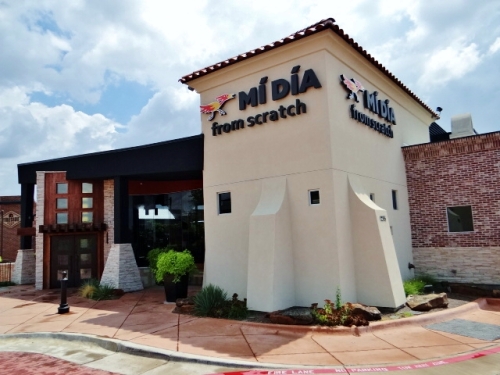 Hunkered down in the mess of construction rests a simple village of restaurants that includes a Bob’s Steakhouse outpost, a Fireside Pies, and something fairly tasty called Winewood Grill, all tucked away just off the bow of that nightmarish road rework alongside Grapevine, Texas. Also joining in the square is a newish anchor that has been running strong since October 2011, Mia Dia From Scratch.

Mia Dia is cheffed by Gabriel DeLeon sho you may remember from La Margarita in Irving, and  Masaryk Modern Mexican Kitchen in Addison which no longer exists. The chef might have been a foreshadowing of the scene to come and joins well executed Mex-Mex in the area like Abraham Salum’s Komali in Uptown and Mesa Veracruz in Oak Cliff as prime examples of how technique, use of fresh imaginative ingredients and the love for proper Mexican cookery should be plated.                END_OF_DOCUMENT_TOKEN_TO_BE_REPLACED

If you crave this fast food burger, your wait will soon end. 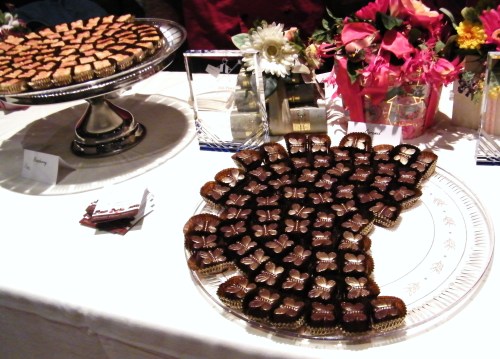 The rain didn’t keep chocolate aficionados from savoring the 8th Annual Grapevine ChocolateFest, held in the historic Grapevine Palace Arts Center. While event organizers admitted the crowds were somewhat less than expected because of the weather, the abundance of chocolate creations brightened the day for attendees of all ages. More than 14 vendors artfully presented their chocolate samples to guests who had paid $10 for 10 chocolate samples.       END_OF_DOCUMENT_TOKEN_TO_BE_REPLACED

ChocolateFest In Grapevine This Weekend

When a physician tells us to do something we generally take heed. Recently we spoke to Dr Sue Williams who also happens to own Dr Sue’s Chocolate. The good doc is all about eating healthy, fighting obesity and generally staying fit, and she recommends we eat her chocolate.

Dan Weinberger may well be the King of Sandwiches. The Earl of Sandwich may have invented putting some meat between slices of bread, but Dan’s perfected it. A third-generation sandwich maker celebrating the tenth anniversary of his homey Grapevine deli, Weinberger learned to make sandwiches from his Dad in Chicago. The family’s first eponymous Weinberger’s Deli was founded in the Windy City in 1952.   END_OF_DOCUMENT_TOKEN_TO_BE_REPLACED

Think of the Maître Fromager as a cheese sommelier. Look about the Dallas- Fort Worth area and you will be hard pressed to find one — that is unless you happen to be at the Gaylord Texan Hotel, or more specifically the Old Hickory Steakhouse Restaurant. That is where you will meet chef Drew Stodghill.

We caught up with chef Stodghill yesterday and asked a few questions about how he became a cheese guru.          END_OF_DOCUMENT_TOKEN_TO_BE_REPLACED