We Checked Out Primebar’s $5 Burger Wednesday 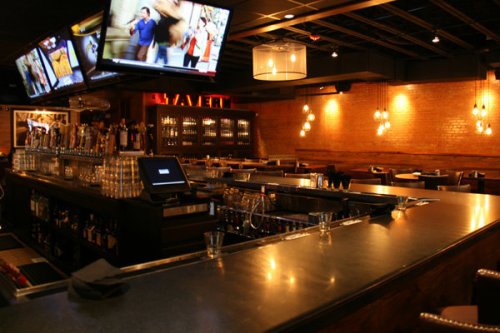 The love affair in Dallas continues with one of its favorite mistresses, the burger. Sure, Dallas is still seeing others like the taco. But Dallas dismissed FroYo and that little sweetheart, cupcake. Fickle and faddish sure, but Dallas’ main squeeze is still the gorgeous burger.

There are plenty of burger options rolling through Dallas. Some of our favorites can cost just a few dollars, and  some of the best are in excess of ten bucks. Last week we heard about a special burger at Primebar and we promised to investigate. But the story was not just that Primebar had a delicious burger, but that on Wednesdays the burger cost just five dollars all day. This past Wednesday we ate every one they had to offer.        END_OF_DOCUMENT_TOKEN_TO_BE_REPLACED

Each week we scour the city in search of the very best Dallas has to offer. We check into restaurants both old and new looking for interesting food to discuss with you so you can make handy decision when dining out.

We do not necessarily write up each item we enjoy, and often have photos that we will save for another week. However, we will share some of the most awe-inspiring dishes on Friday in what we like to call Friday’s Five Fabulous Food Finds.       END_OF_DOCUMENT_TOKEN_TO_BE_REPLACED

Each week we traverse throughout the city to find special dishes, cocktails or unique nibbles. Today we have a list of five really wonderful bites you can try for yourself. If you have a find drop us an email and let us know, or better yet – send a photo.                 END_OF_DOCUMENT_TOKEN_TO_BE_REPLACED

Born on the streets of Chicago, Primebar is situated on Cedar Springs next to the empty dwell of the Place At Perry’s, which has since moved on to larger digs just blocks away. The restaurant and bar enjoys costume changes throughout each day, making full use of the facility as a lunch haunt for nearby office traffic, happy hour for the tired and aimless, a dinner landing for the mixed neighborhood that meets gayborhood, and a rousing nightlife that entertains crowds well into the night, and even later on weekends.

Primebar is actually self-titled a sports bar with several trappings that would lead you to believe this is true, such as the many flat-screens tossed about out the building. Then there are the 40 taps. The large number of taps doesn’t necessarily make you a sports bar, look at the folks at Union Bear if that is your determination. Not a screen in sight, but a plethora of beers tapped daily.   END_OF_DOCUMENT_TOKEN_TO_BE_REPLACED