Decidedly American Dishes and Where to Find Them in Dallas

There’s nothing better than America’s overabundance of cheesy, greasy, sugary treats. Here are some of your favorites that you might be surprised to find out were born in the USA and where to find them locally.

Cheeseburgers
There are multiple claims to the origin of the cheeseburger—but one thing’s for sure: The greasy, sizzling, cheesy-beef patty originated in none other than the US. Our favorite is at Off-Site Kitchen. John Tesar makes our favorite chef burger at Knife.

Reubens
The famous hot sandwich made with corned beef, Swiss cheese, sauerkraut and Russian dressing on rye bread. Two possible origins: it was created by Reuben Kulakofsky, a Jewish Lithuanian grocer in Omaha, or Arnold Reuben, a German-Jewish owner of Reuben’s Delicatessen in NYC. In Dallas look to Deli News for the best in the state.

Pecan pie
Pecans, and pecan pie, are native to North America. There are claims that the pie started in New Orleans and Alabama—but the fact remains, the tasty dessert is all ours. Find our favorite at Emporium Pies in Dallas with their shortbread crust and loads of Texas pecans.

Chocolate chip cookies
Your grandma’s favorite food to feed you was invented by chef Ruth Graves Wakefield in 1938 when she owned the Toll House Inn. Go for the original at Nestle Tollhouse by Chip.

S’mores
The first published recipe for S’mores was in a 1927 Girls Scouts book. Credit for the invention of the campfire treat is given to Loretta Scott Crew, who is said to have made them for the Girl Scouts. We like them tableside at Tillman’s in Bishop Arts.

Lobster roll
Do you prefer yours Maine style with mayo, or Connecticut style with butter? Either way, the fresh meal was invented in New England. Our favorite is at TJs Seafood.

Corn dogs
The origin of this battered hot dog on a stick is debatable. Some say it was invented in Springfield, Ill., some say the Texas State Fair and some say the Minnesota State Fair. We’ll stick with Texas and go to Fletcher’s!

Brownie
Do you jump for the edges or the middle? The Brownie is said to have been created in our very own Chicago by a socialite whose husband owned the Palmer House Hotel. The treat was to serve as a boxed lunch dessert for women attending the World’s Columbian Exposition. Not  traditional but you will love the version at Parigi.

Ranch dressing
If you’re American, particularly Midwestern, you know that ranch dressing is more than a condiment—it’s a necessity. The delicious dressing was made on a dude ranch in California in 1954.  Goodfriend’s makes a homemade version with ghost peppers.

Deep dish pizza
Though the restaurant of origin is often contested, Chicago-style deep-dish pizza was first introduced in the Windy City. Find a pie at That Chicago Place in Plano. 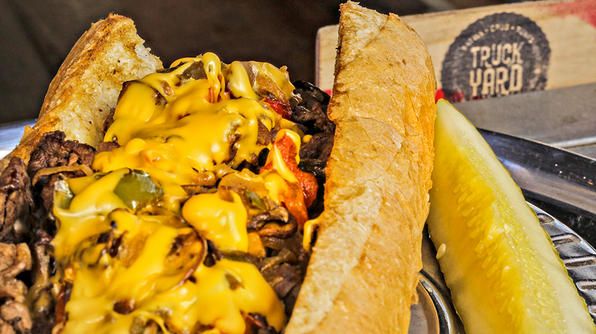 Philly cheesesteak
Philadelphians Pat and Harry Oliveri are credited as the creators of the cheesesteak. According to legend, hot dog vendor Pat threw some beef on the grill, attracting the attention of a taxi driver who ordered a steak sandwich. Our choice for a Philly is at Truck Yard. 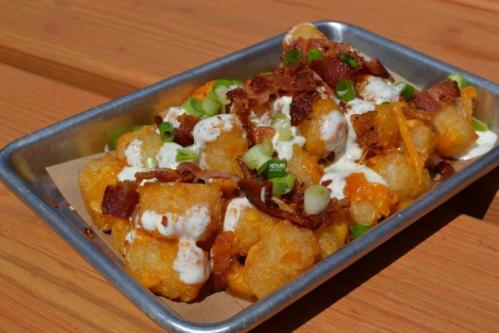 Tater tots
Give us some of your tots.  Ore-Ida founders in Oregon invented the tiny potato treasures when searching for a way to use their leftover shreds of cut-up potatoes.  Tough choice, but we will go with Easy Slider with loads of bacon and homemade ranch.