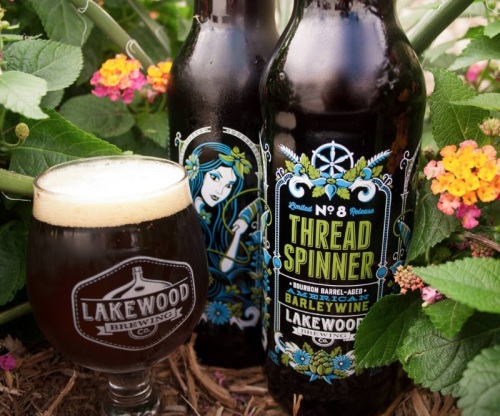 Thread Spinner, is Lakewood Brewing’s new Legendary Series release, and the first in a mini series of three wood-aged beers based on the Greek myth of the Three Fates, is out now.

This 13.5% American barleywine was aged in Witherspoon Distillery bourbon barrels for months, lending notes of toffee, vanilla, and oak to the malty, robust beer. Pick up a couple bottles – one to enjoy now and one to cellar. Then be sure to pick up her two sisters next year for a unique vertical.   END_OF_DOCUMENT_TOKEN_TO_BE_REPLACED

Community Beer Company is hosting a Craft Beer & Artisan Cheese Pairing tomorrow, October 20th from 6 to 9pm. They are bringing back Cheesemonger, Ali Cameron, from Prodigal Farms, as she continues her quest to bring together our favorite fermentables: cheese and beer.   END_OF_DOCUMENT_TOKEN_TO_BE_REPLACED

Tagged as Ali Cameron, Cheese, Community Beer Company, What to do in Dallas

Parktoberfest at The Shops at Park Lane October 15th

Unlimited fun is on tap for the second annual Parktoberfest presented by The Shops at Park Lane and Bowl & Barrel.  The one-day craft beer and music festival returns this Saturday, October 15from 11 a.m. to 8 p.m.   END_OF_DOCUMENT_TOKEN_TO_BE_REPLACED

Pie and Beer Makes for a Perfect Sunday Funday 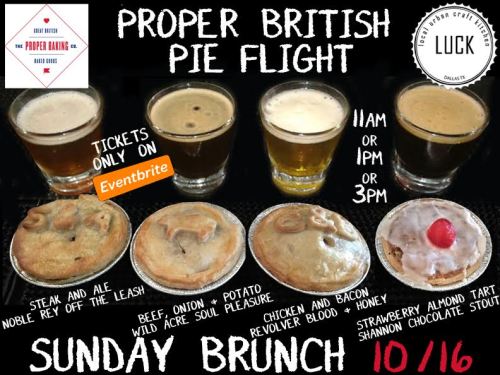 LUCK in Trinity Groves never shied away from anything non-conventional. Think about their unusual doughnut-beer pairings that they perform on a regfular basis.  We do love beer, and of course those warm and wonderful doughnuts from Glazed in Deep Ellum make our eyes roll to the back of our head.   END_OF_DOCUMENT_TOKEN_TO_BE_REPLACED

Filed under Craft Beer, Crave, I Like Pie, Puppies

Tagged as beer, Dallas, fun, Luck, Pie, The Proper Baking Co., Trinity Groves, What to do in Dallas 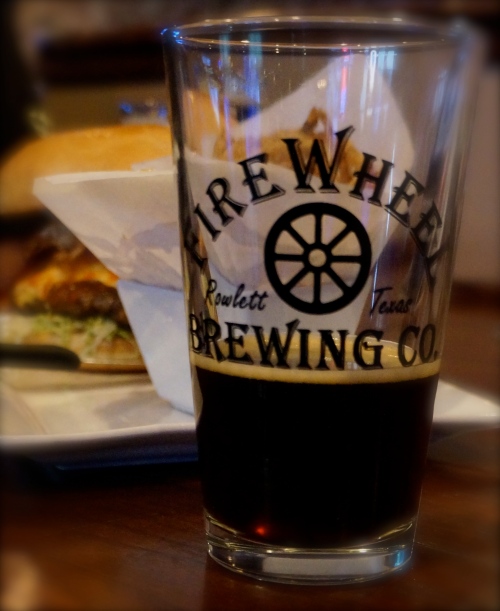 Brad Perkinson at the new FireWheel Brewing Company based in Rowlett, Texas, is taking the beer world on full force.  I caught up with him at the new Brix Bar and Grill in Plano.  After finishing the hand-made White Trash burger (which consists of a hand formed patty tossed in wing sauce, covered in bacon and jalapenos, then all topped with a fried egg) he was ready to chat.  Beer in hand, we headed outside to the spacious corner patio to tell me his story.   He is immediately the fun loving beer guy that everyone wants to hang out with all hours of the night.  I was especially impressed with his story of how he even stumbled into the beer industry itself.    END_OF_DOCUMENT_TOKEN_TO_BE_REPLACED

When they aren’t uber-designing a new restaurant around Dallas or Fort Worth, the dynamic team of John Paul Valverde and Miguel Vicens are making a go at restaurateur life at the funky digs in Oak Cliff in what was once a single family dwelling, then their first born Campo Modern Country Bistro. Campo never really hit her stride despite all the fantastical elements you could possibly afford a restaurant, including a star consulting chef like Matt McCallister and finishing with one of the best kept secret chefs in Dallas, Michael Ehlert. By the way for those keeping score at home, Ehlert is in the kitchen at Hibiscus on Henderson.

A few months later and some serious hammer and nailing, the tiny house has been drawn into yet another hip and cozy dwelling for those seeking out a fresh take on classic food finds. Enter Outpost American Tavern. Now deep up in its first week with the doors wide open, the unique looking taproom is once again creating a buzz throughout the food loving community.  END_OF_DOCUMENT_TOKEN_TO_BE_REPLACED 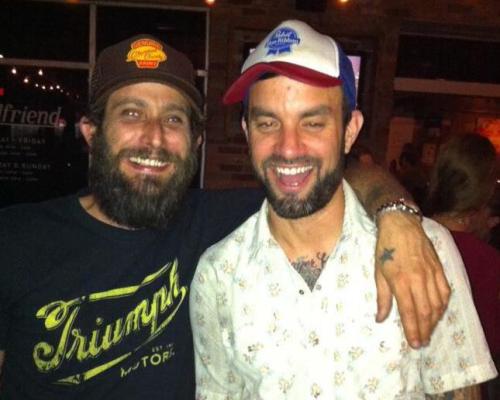 Today marks the first anniversary of Goodfriend Beer Garden and Burger House. Goodfriend is known for their quality brews and a menu created by Jeana Johnson and Colleen O’Hare of neighboring Good 2 Go Taco which features a ration of superior burgers. Goodfriend owners Matt Tobin and Josh Yingling would like to invite you and a few hundred of your closest friends to stop by tonight from 4 p.m. to close. Expect awesome drink specials, and featured beers such as Great Divide 18, Stone 16, Real Ale Barrel Aged 15, Ommegang Independence Day 2012, Deschutes Black Butte 24, and Real Ale Scots Gone Wild.

I stopped in to chat with the guys a few days ago and enjoyed a spirited conversation on how they started the bar, update on the package store across the street and why they can’t have anything nice.      END_OF_DOCUMENT_TOKEN_TO_BE_REPLACED