Did you burn the prime rib, or forget to brine the bird? We have a few Christmas Day alternatives that will make dining a snap. I am still available should you decide to make one of the following places for your holiday feast.  These are in order in which we received the information. Note that Royal China and Howard Wang’s will be open with a regular menu and regular hours Christmas Day.  For best service and entry, look for odd hours to enjoy your dinner. And there is always IHOP which will be open regular hours.

If you have a restaurant you wish to feature, please add your hours and what you may feature in the comments.   END_OF_DOCUMENT_TOKEN_TO_BE_REPLACED

The Santas Rampaged This Weekend

Since Dallas doesn’t have much as far as Winter weather until the early part of 2016, we mark the advent of Christmas with a variety of events including the Santa Rampage. This year’s Rampage was hit a bit by an afternoon shower, but many showed up donning their holiday gear as Santa, a few Grinches, many, many elves, gift wrapped packages and even one Cindy Lou Who.

Hundreds of these Santa’s rampaged this city start in Deep Ellum then hitching a ride aboard the light rail into downtown with a final destination of the Cedar’s area just south of downtown.   END_OF_DOCUMENT_TOKEN_TO_BE_REPLACED

We were excited to attend Untapped Fest’s first foray into Fair Park November 5th – a beautiful fall day perfectly suited for festival fun. The location was ample enough to comfortably host over a hundred breweries and the throngs of “hoppy” attendees!

With over 200 beer choices we were pleased to find the Metroplex well represented by more than 20 local breweries. In addition there were delicious food options from the likes of Common Table, Meddlesome Moth, and the particularly popular Urban Crust.  END_OF_DOCUMENT_TOKEN_TO_BE_REPLACED 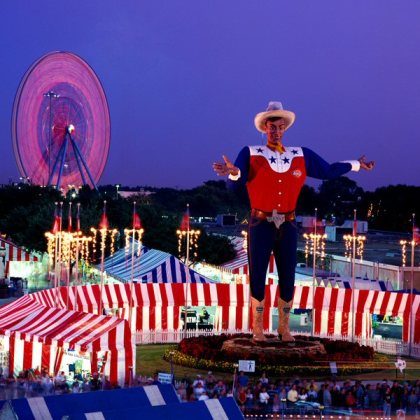 The State Fair of Texas is not just about the fried food sensations. There is so much more going on, and many assist our community in a large way.

Although the 2015 State Fair of Texas has officially packed up for the year, its success will continue to impact the community long after Big Tex bids his final farewell for the year. Thanks to record participation from loyal fairgoers, the State Fair is breaking new ground with its nonprofit initiatives. Proving to be the most successful year in Fair history, the 2015 event brought big crowds and an even bigger community impact. With the majority of funds going to participating vendors, the Fair generated in excess of $53.6 million in coupon sales for food and rides – an all-time record, making the event the most successful in its 129-year history. END_OF_DOCUMENT_TOKEN_TO_BE_REPLACED 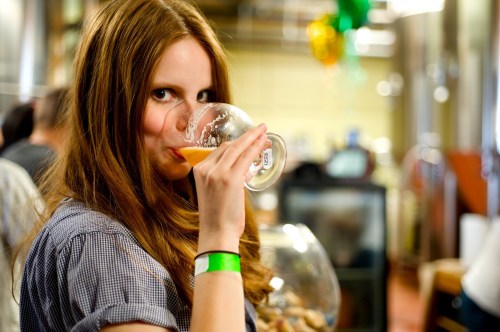 Tickets go on sale Wednesday, June 17 at 10 a.m. for Flying Saucer Draught Emporium’s 2015 Texas BeerFeast in Fort Worth, Austin and Sugar Land. Dates for each of the events are as follows:

The 2015 Ultimate Guide to Oktoberfest in Addison 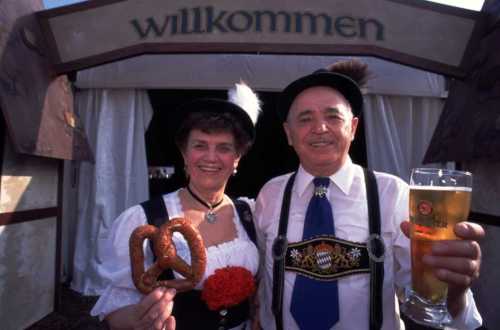 For nearly three decades, the most authentic Oktoberfest celebration outside of Munich has been held in Addison, Texas.  This year, over 70,000 fans will come together September 17-20, 2015 to share a love of polka, German food and, of course, the same Paulaner Bier that will be served at Bavaria’s favorite festival. As a part of its award-winning tradition, Addison has timed their festival to coincide with the famed Munich Oktoberfest, and Addison Oktoberfest will also feature much of the same music, folk dancing, sing-a-longs plus great German food and entertainment.

Often questioned about hosting a festival called Oktoberfest during the month of September, as a part of their efforts to make Addison Oktoberfest the most authentic Oktoberfest celebration in North America, the festival is always timed to open the same weekend as the Munich celebration.   END_OF_DOCUMENT_TOKEN_TO_BE_REPLACED