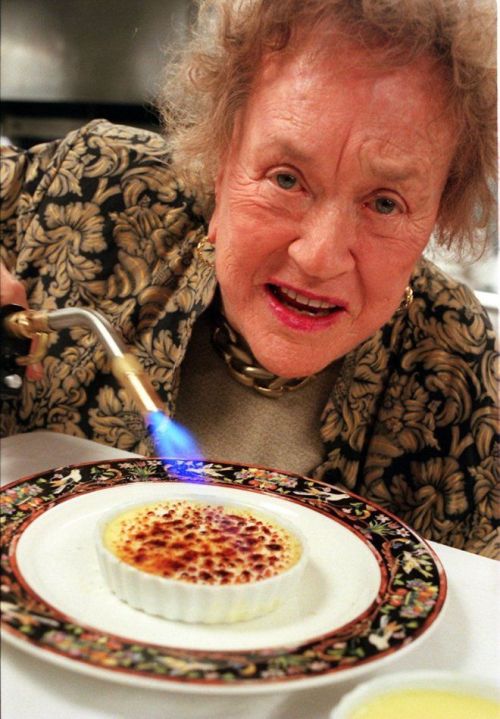 We all have some sort of memory with Julia Child, some from television and her program the French Chef, others from the many local book signings, and some from marvelous dining experiences right here in Dallas. END_OF_DOCUMENT_TOKEN_TO_BE_REPLACED

A Look at Julia’s Kitchen 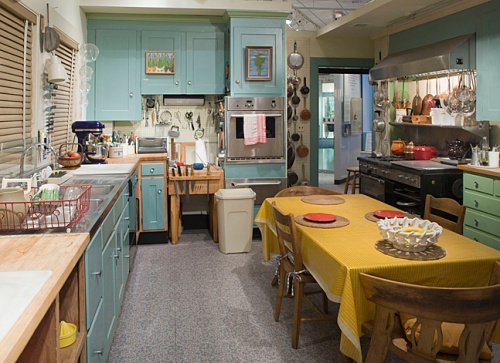 Legendary cook and teacher Julia Child had a tremendous impact on food and culinary history in America. Through her books and television series, which spanned forty years, she encouraged people to care about food and cooking. She inspired many Americans to conquer their fears of the unfamiliar and to expand their ideas about ingredients and flavors, tools and techniques, and meals in general.

END_OF_DOCUMENT_TOKEN_TO_BE_REPLACED

On August 15th, the culinary world pauses to remember one of its greats: Legendary chef, author and personality Julia Child, on her birthday.  SusieCakes, an all-American, home-style bakery, is celebrating Julia this day with a peachy keen deal on pie: On August 15th, the Peach Crumble Pie, a new seasonal special, is available for $5 off in honor of Julia Child’s birthday. This offer is available at SusieCakes bakeries in Dallas, Plano and Fort Worth.  END_OF_DOCUMENT_TOKEN_TO_BE_REPLACED

Below we share clips from several television programs and films that feature a memorable food scene There are actually many more that come to mind and we will most likely do a part two in the near future. You can share your favorites with us for a fun afternoon. END_OF_DOCUMENT_TOKEN_TO_BE_REPLACED 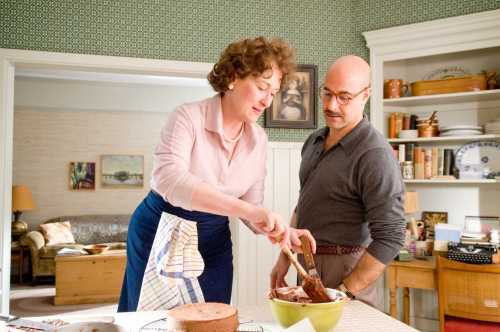 I enjoyed the film Julie & Julia. But it would seem I might be in the minority, or at least as far as the Julie portion of the film is concerned. In a call for more Julia sans the Amy Adams “Julie Powell” scenes, Adam Goldman, the filmmaker, made an hour sliced up version that is just the Julia Child portion of the film. Since the Julia Child scenes never made reference to Powell the editing was not very difficult, and flows seamlessly.

I sent Julie Powell a message asking her thoughts on the new cut and she quickly responded back with, “I totally sympathize with people not liking the Julie character in the movie, I don’t like her much either, but I am still inexplicably hurt by the cavalier nastiness of people.”   END_OF_DOCUMENT_TOKEN_TO_BE_REPLACED

Another beautiful day in the neighborhood as the craveRADIO staff hosted another slate of fantastic guests. This week we had on the charming and talented Chef Dean Fearing from Fearing’s in the beautiful Ritz Carlton Dallas in Uptown. We had a spirited conversation about wine, women and song, as well as BBQ and that one time when Fearing almost murdered the most beloved woman on earth, Julia Child. Fearing also chats with us about his new Fall menu which is about to debut any day now. We also chatted about certain menu items which can never, ever go away. Think lobster tacos, his legendary tortilla soup and that amazing banana pudding that just makes you feel at home.    END_OF_DOCUMENT_TOKEN_TO_BE_REPLACED

I was fortunate enough to have met Julia Child several times, and am usually giddy when I hear her name mentioned. What royalty in the culinary world. What class and reverence. Thank you for enlightening us all.   — Steven