The Texas Theatre  is hosting the directorial debut of “Ramen Heads” from Koki Shigeno. There will be a fourth wall offering from chef Justin Holt and Gang serving two styles of ramen at the event for 10$ cash (only).

In ‘Ramen Heads,’ Osamu Tomita, Japan’s reigning king of ramen, takes us deep into his world, revealing every single step of his obsessive approach to creating the perfect soup and noodles, and his relentless search for the highest-quality ingredients. In addition to Tomita’s story, the film also profiles five other notable ramen shops, each with its own philosophy and flavour, which exemplify various different aspects the ramen world. END_OF_DOCUMENT_TOKEN_TO_BE_REPLACED 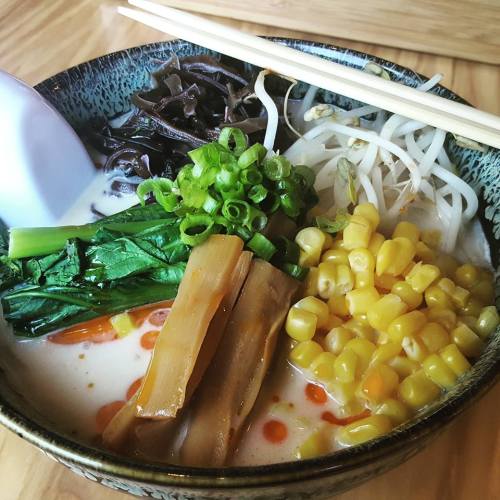 Fort Worth Oni Ramen known for their signature items such as the miso, tonkotsu, Kyushu & Oni Reaper opened quietly this past week in Deep Ellum.  Partner and chef Jesus Garcia will be working exclusively with the pork base and eliminate the chicken broth, and the restaurant still offers vegetarian and pescatarian options.   END_OF_DOCUMENT_TOKEN_TO_BE_REPLACED

Top Knot’s Uncommon Ramen Series started in 2015 as a limited-run guest chef pop-up, and launched into a monthly series as a result of the popularity among guests. Taking place the last Monday of the month, the 2017 series has seen a varied roster of notable guest chefs, from Hai’s own Founder and Owner, Chef Tyson Cole, to BBQ legend, Aaron Franklin.   END_OF_DOCUMENT_TOKEN_TO_BE_REPLACED

Top Knot, the new modern American restaurant with Asian roots that features shareable plates with market ingredients and flavors from Southeast Asia, Latin America, and Japan, will host Guest Chef Philip Speer for the final installment of the summer on Monday, August 28th.

Top Knot’s Uncommon Ramen Series started in 2015 as a limited-run guest chef pop-up. Guest reaction to the series was so positive that the restaurant launched a monthly series and christened the last Monday of the month “Uncommon Ramen”. The 2017 series has seen a varied roster of guest chefs, from Hai’s own Founder and Owner, Chef Tyson Cole, to BBQ legend, Aaron Franklin. END_OF_DOCUMENT_TOKEN_TO_BE_REPLACED

Sumo Shack opened this past weekend and we checked in to see (and taste) what all the murmuring was about. This is the more casual sister restaurant to Wabi House on Greenville Avenue. Sumo Shack is further north on SMU Blvd and Greenville at 5629 SMU Blvd.  END_OF_DOCUMENT_TOKEN_TO_BE_REPLACED

Tagged as Bao, Dallas, Japanese, Patio, Ramen, Sake, Sumo Shack, What to do in Dallas